CRICH - ANOTHER BLAST FROM THE PAST ON MARTIN MILLER'S CINE

Rescued the usuable bits from my cine which, amongst other things, shows the first repaint of 1297 and some filming work involving Rack 2, 59 and 812. The primitive working conditions are illustrated with David Hitchin at the bottom of a trench and a truck being removed from under Cheltenham 21 in the middle of winter!
https://youtu.be/sjONFLTNg14
Posted by Richard Lomas at 19:34 No comments:

Late this afternoon it was announced that agreement has been reached between Douglas Borough Council and The Isle of Man Government for the Department of Infrastructure, Public Transport Division, Heritage Railways to operate the Douglas Bay Horse Tramway for the 2016 season whilst a longer term solution is sought.

The tramway will operate form 30th April until the end of October but outside the high season this will not be daily.  The dates and detailed timetable will be announced next week.  There will be a number of special events around the 140thAnniversary during the Heritage Transport Festival, 27th to 31st July and on the actual day, 7th August.

In 2016 the tramway will operate the full length form the Sea Terminal to Derby Castle for the MER, however the long term plans are likely to be that the section from the Villa Marina Arcade to the Sea Terminal will be abandoned. 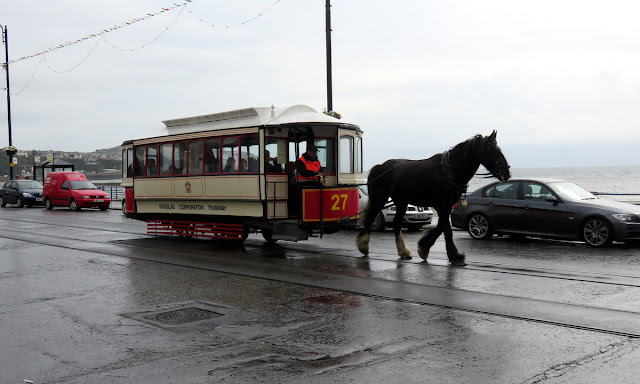 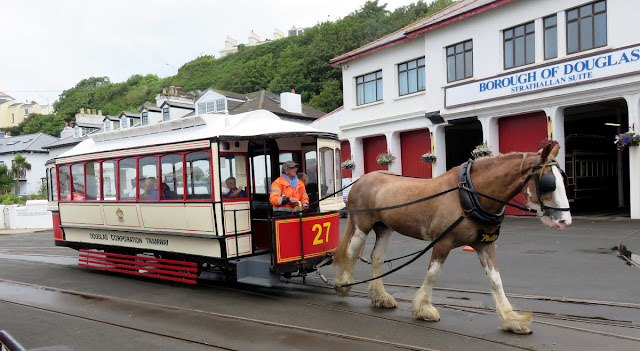 Posted by Richard Lomas at 22:49 No comments:

Posted by Richard Lomas at 19:59 No comments:

Here are a couple of photos I took last Saturday showing two roofless LCC trams.  Not much left of No.1 now. 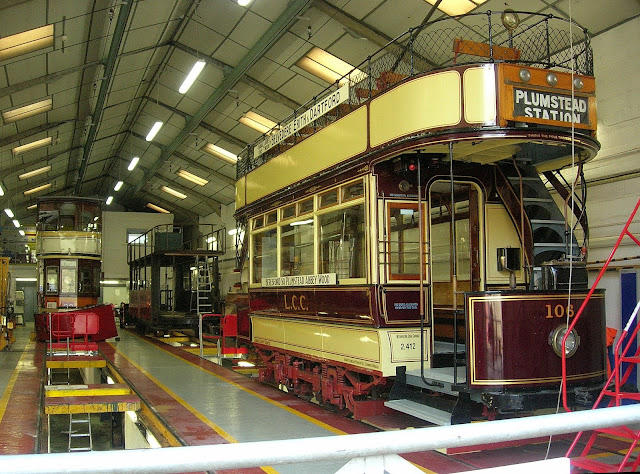 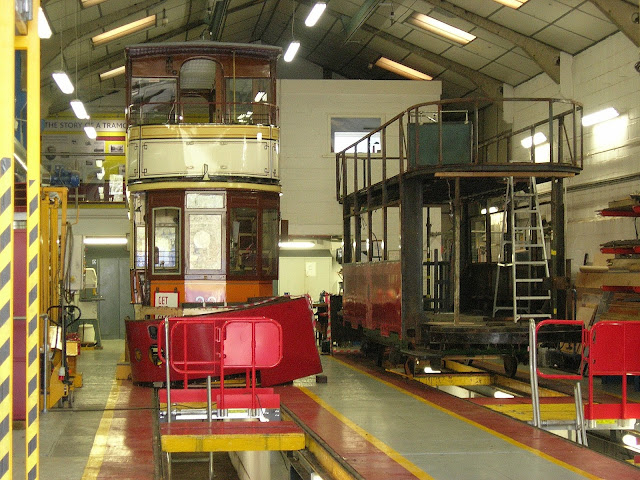 Posted by Richard Lomas at 20:44 No comments:

Some while ago someone left a disc at the Station for me and I opened it yesterday to find some film of Crich in the 60s including the steam tram in operation and Leeds 602 running amongst other things. There are some familiar faces discernable. Not great quality and I have tried to edit out most of the funnies but worth it for the history.
https://youtu.be/gu5Jkw4O6Ho
Posted by Richard Lomas at 17:16 No comments:

Keith visited Beamish this weekend to help with Bob Wardle's 0 gauge tram layout and managed to get outside to take a few photos.

Posted by Richard Lomas at 15:59 No comments: