Sheffield 510 and Liverpool 869. Although Sheffield 510 looks good in the pictures it has been withdrawn for several years. I'm not sure of 869's current status. (Thanks for the comment Jack, lets hope that 510 is in the workshop soon.) 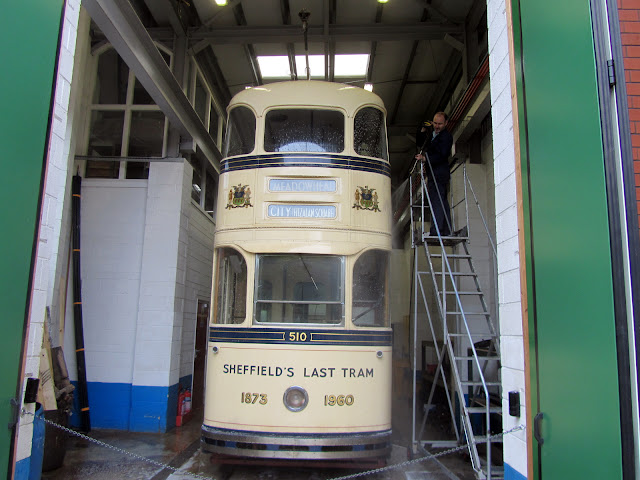 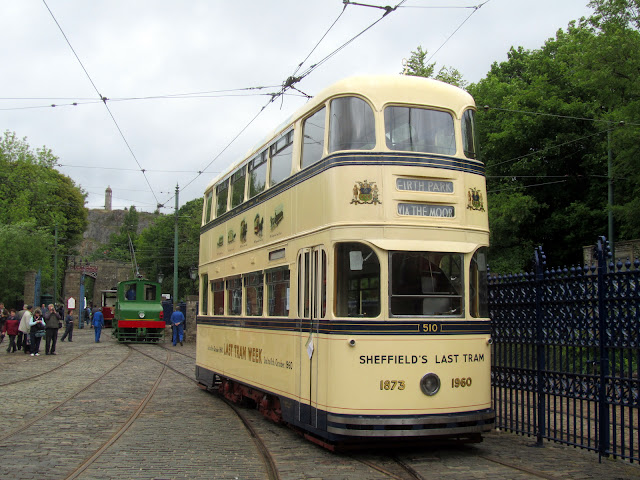 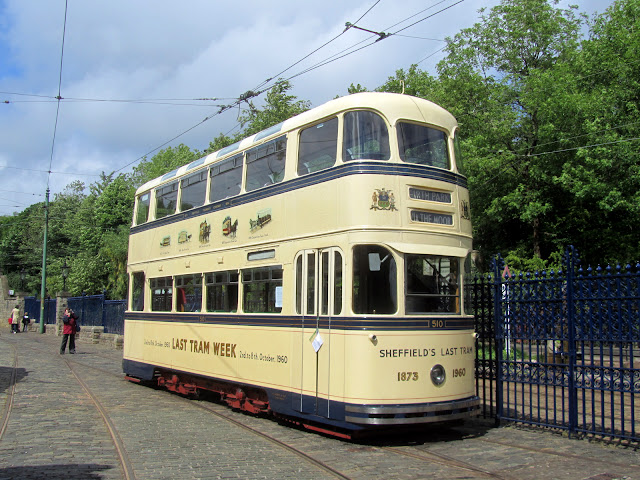 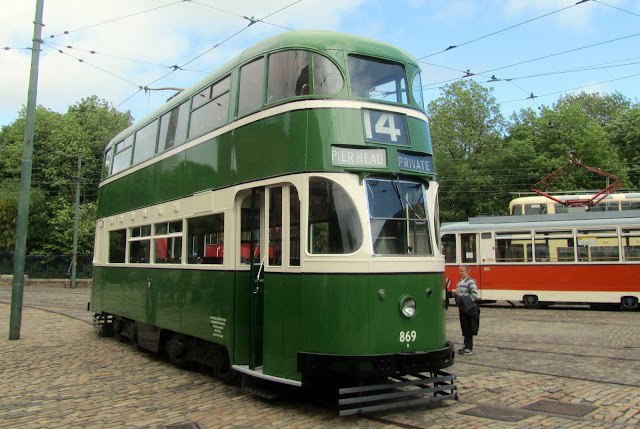 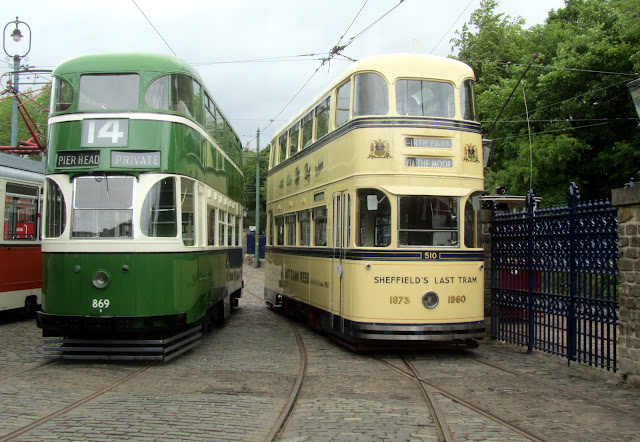 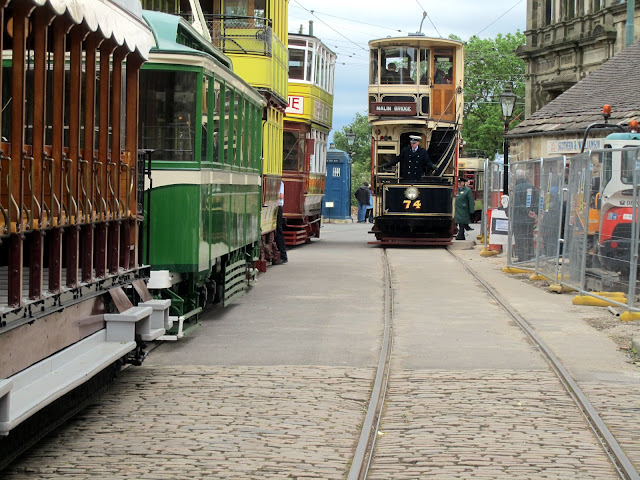 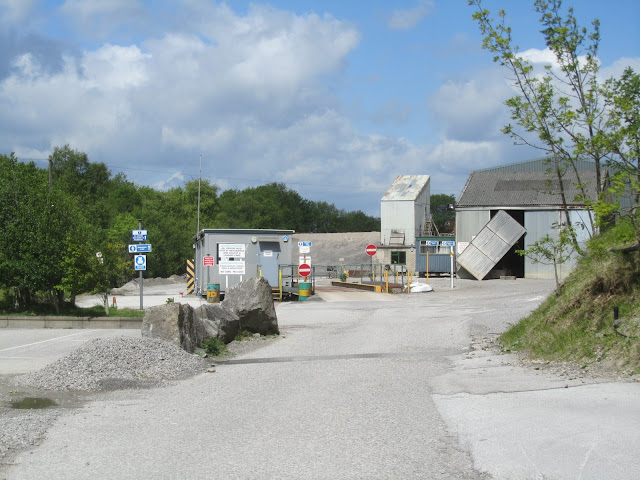 We know very little about the proposal to develop a leisure resort in the quarry. The Tramway Museum Society has circulated its members with a press release, there have been a couple of reports in local newspapers and a website http://www.amberrockresort.com/ which used to contain some maps and plans has disappeared.

The maps and plans were not artist's impressions but quite detailed. The resort was shown in the base of the quarry with a leisure complex and water feature at the north end and a hotel against the quarry face on the east side. A proposed new tramway was shown branching off the current tramway on the left of picture 3 above and running round the the boundary of the development site and back to the existing line so that trams could run from Town End and back without reversing. A maintenance facility was shown near Glory Mine.

The press reports are conflicting and the only thing we know about the developers is that their agent is called Ian Clarke.

The Derby Telegraph thinks that the developers own the land. Ian Clarke, agent for the scheme, said he had presented the initial ideas to members of the regeneration team at Amber Valley Borough Council, but that many studies had to be done before a planning application was submitted. He said: "This is very much in its early stages and we have to go through may due processes and undertake a number of studies, such as transport and environmental ones, before we even think about putting the planning application together. "We own the freehold to the site and we believe the development would be a major boost for the economy."


The Telegraph also reported "Mr Clarke said he had already presented the idea to three members of the tramway board and would be presenting it to the entire board on June 4."

Posted by Richard Lomas at 06:54 No comments: 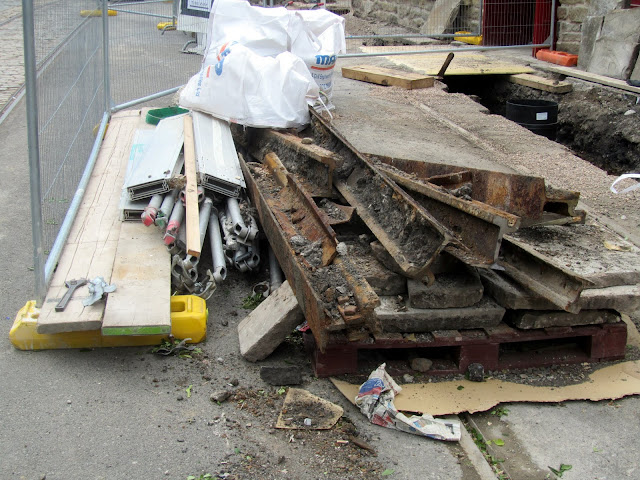 Posted by Richard Lomas at 07:05 No comments: 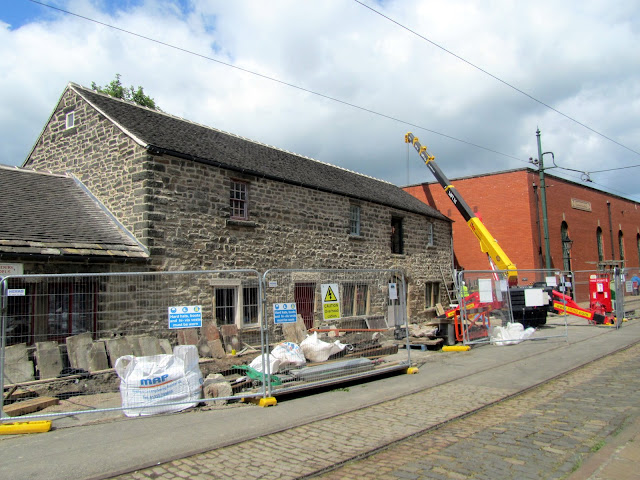 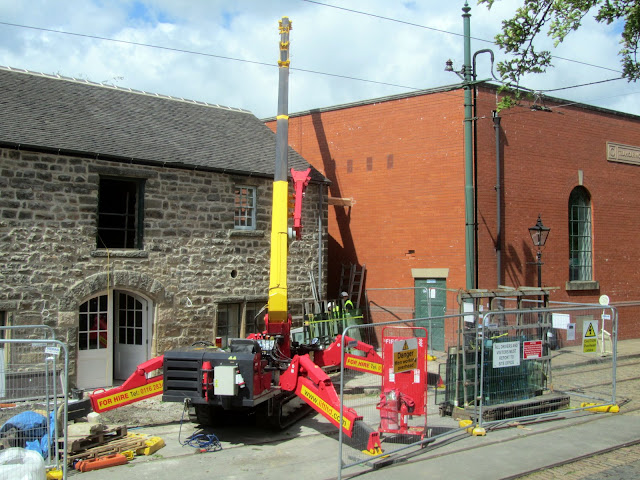 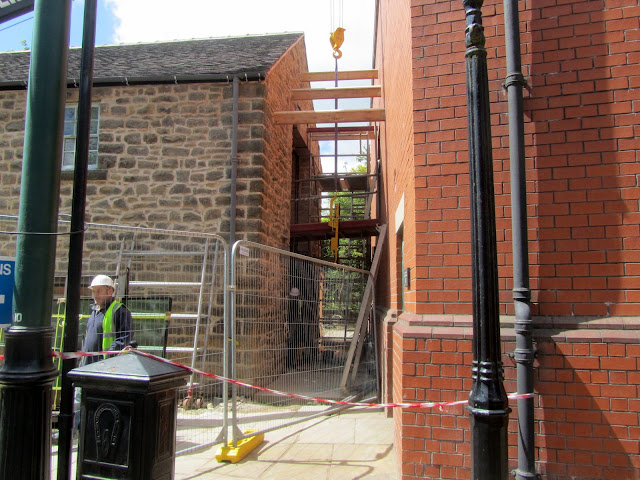 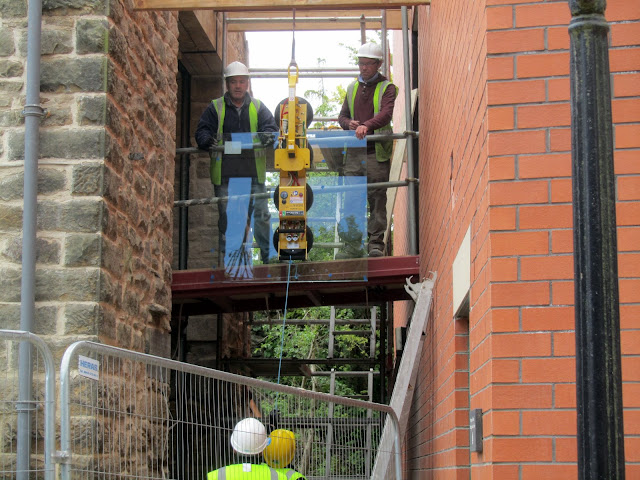 Posted by Richard Lomas at 06:53 No comments: 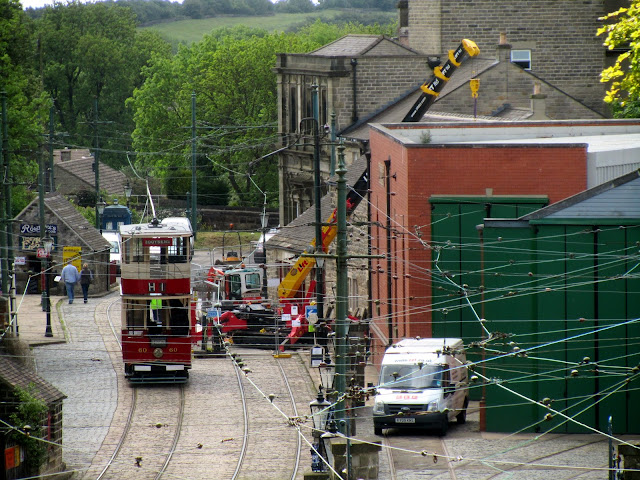 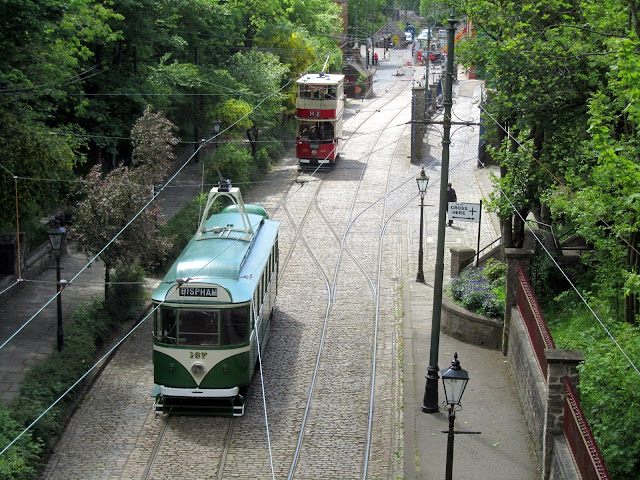 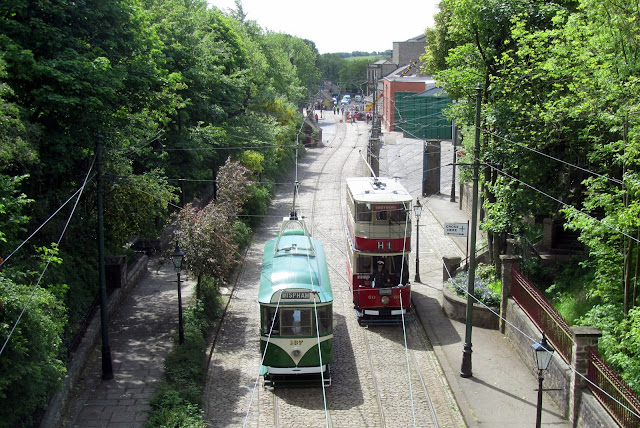 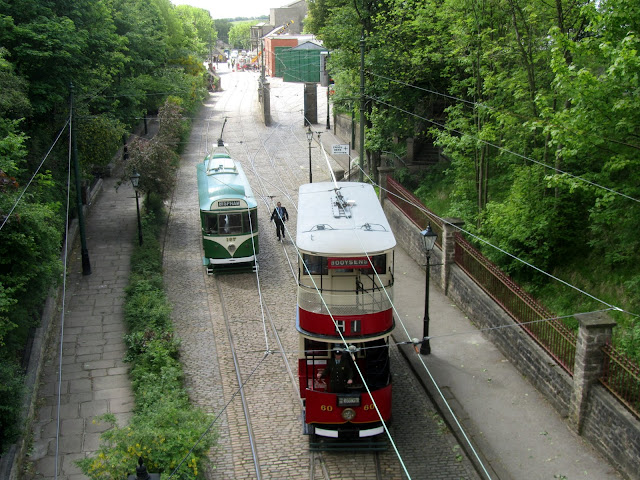 Posted by Richard Lomas at 06:49 No comments:

The good news is that trams will be running to Town End.
http://www.tramway.co.uk/events/120/enthusiasts-tram-event
Posted by Richard Lomas at 20:11 No comments:

The first press report I have seen is from the weekly Belper News.

I too have spoken to Ian Clarke but he hasn't returned my call.

On Thursday the Derby Telegraph has this report.
Posted by Richard Lomas at 17:33 No comments: 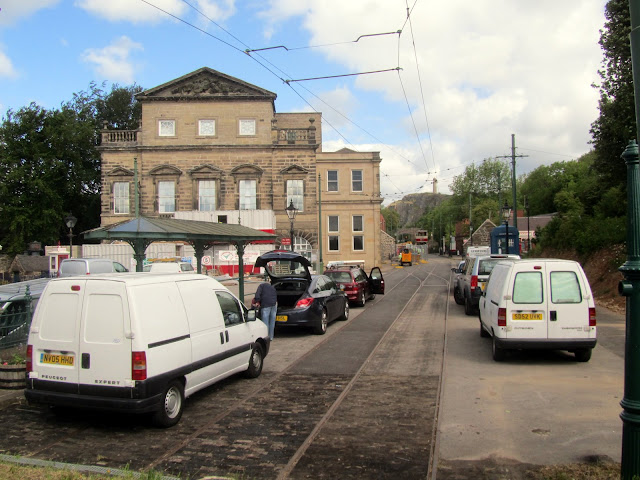 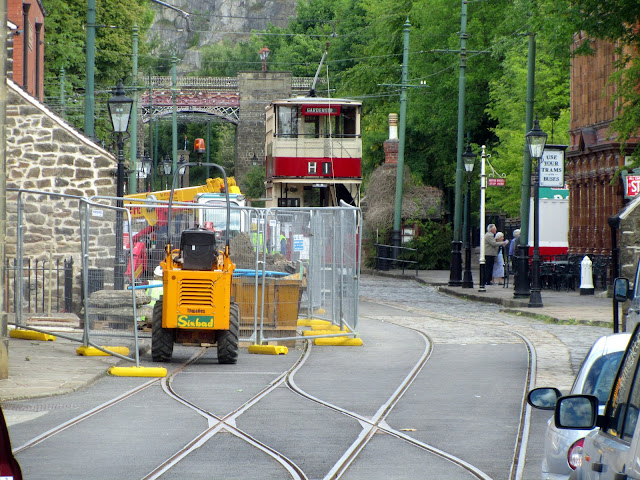 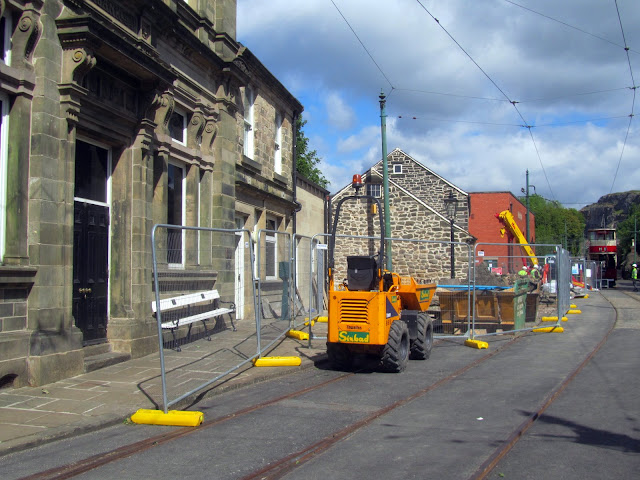 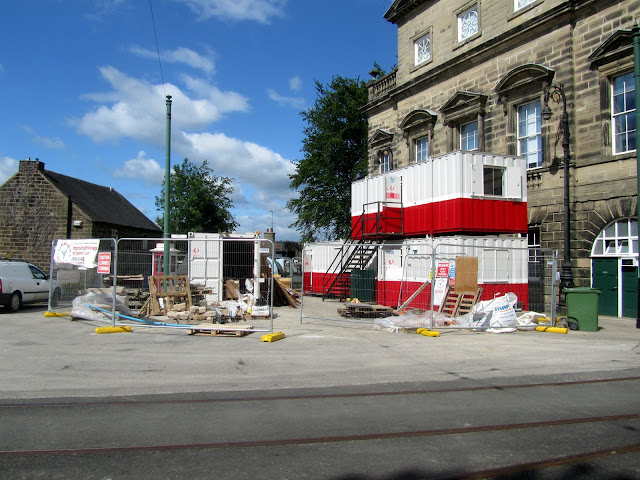 The Amber Rock Resort web site has been blocked.

'This error (HTTP 403 Forbidden) means that Internet Explorer was able to connect to the website, but it does not have permission to view the webpage.'
The Amber Valley Borough Council planning office in Ripley have no knowledge of the project nor has the Derby Telegraph.So perhaps it is a hoax after all.
Posted by Richard Lomas at 07:47 No comments:

Life gets complicated for Museum visitors trying to find a PCC. Despite the signs Blackpool 298 is not a PCC. 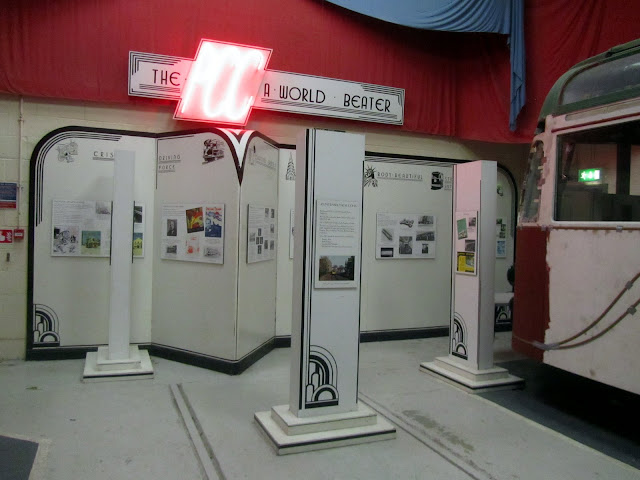 It is not even a Marton Vambac. 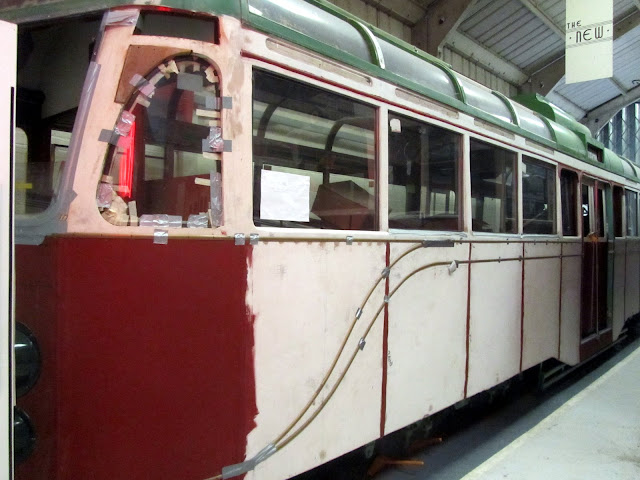 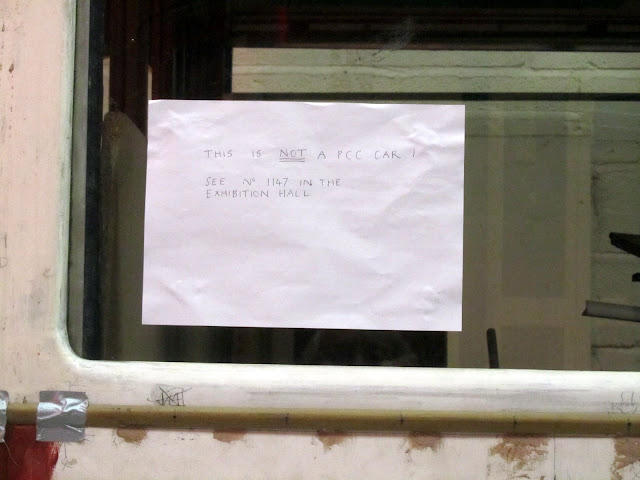 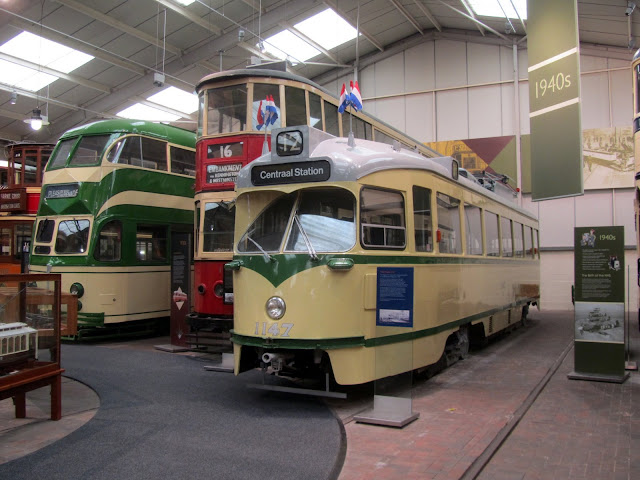 The real PCC is HTM 1147 in another building.

Posted by Richard Lomas at 06:52 No comments: 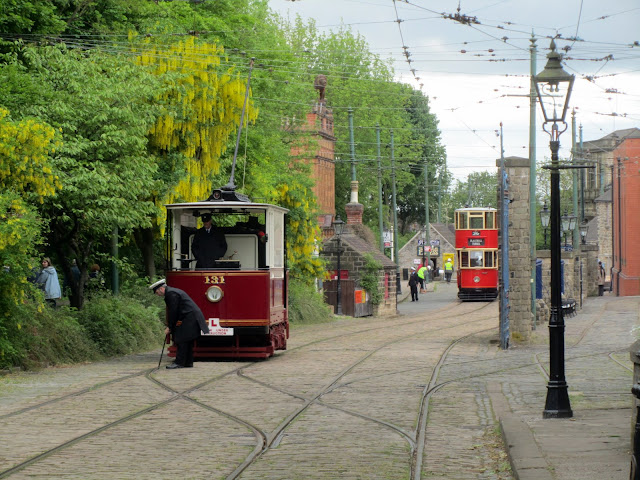 Posted by Richard Lomas at 07:10 No comments:

I am thinking about increasing the picture size and the width of the centre column. However last time I tried this there were problems and I reverted to the present size.
This time I have been testing the new layout at http://travelswithabuspass.blogspot.com/ and http://focustransport2011.blogspot.com/
Any comments?
Posted by Richard Lomas at 08:07 4 comments:

Graham Feakins sent me this picture of Paisley 68. Graham is at the controls. 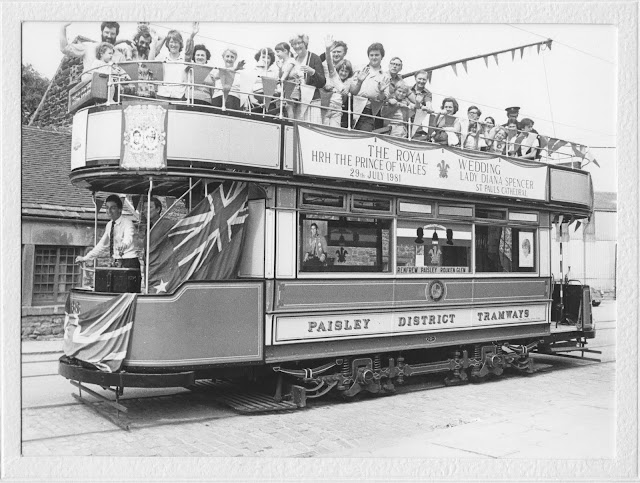 However we cannot live in the past. Please click on the first link on the previous post. Scroll down and click on the images, they will expand and then click on the icon in the top righthand corner for an even larger version.
Posted by Richard Lomas at 07:50 No comments:

I have now been able to find out a little more about Amber Rocks Resort from web pages that have been cached by Google.

http://webcache.googleusercontent.com/search?q=cache:cEQDtRBQANkJ:www.amberrockresort.com/future.html+amber+rock+resort+future&cd=1&hl=en&ct=clnk&gl=uk&client=firefox-a&source=www.google.co.uk
Posted by Richard Lomas at 11:36 No comments:

CRICH QUARRY DEVELOPMENT
The quarry adjacent to Crich Tramway Village has recently changed hands.
The new owners have approached the Tramway Museum Society, owners and operators of Crich Tramway Village, ( the Museum) to show us their outline proposals for the development of the quarry as a leisure resort, to be called Amber Rock Resort.
The Museum has had no input to these outline proposals.
The proposals consist principally of a hotel, leisure centre, retail outlet and holiday chalets.
The outline plans include a tramway to serve the principal buildings on the development. There has been no consultation on these proposals between the Museum and the developers and there has been no agreement to extend the existing tramway or to integrate the Museum with the proposed resort.
Any future plans for the Museum in conjunction with this project will depend on further and detailed information being provided by the developers.
We have no further comment at this stage
19th May 2011
Contact details Tel. 01773 854321; email: enquiry@tramway.co.uk; website: www.tramway.co.uk.
Briefing note                        Thursday 19 May 2011
The new owners of the quarry have approached the Museum with their proposals for developing the quarry as Amber Rock resort.
The Museum has had no input to the ideas and this is the first communication we have had on the subject.
The resort consists principally of a hotel, leisure centre, retail outlet and holiday chalets.
The developers wish to have some integration with the Museum in the form of extending the tramway to serve principal buildings on the development.
These concept plans will be shown to Amber Valley Borough Council this week and it is likely to be public knowledge by the end of the week.
This is only a concept at this stage and would take many millions and up to 10 years to develop fully.
We do not have any further detail at this stage.
The Board has yet to consider the implications of the proposals.
Once this project becomes public knowledge it is inevitable the press will contact us.
Posted by Richard Lomas at 07:39 No comments:

A press statemnt has now been published on the Museum web site.

Does anyone know anything about Amber Rock Resort?

A Google search reveals the following:

In reply to the comment this could be the most exciting development for the Museum for many years. I an trying to find out more about it. 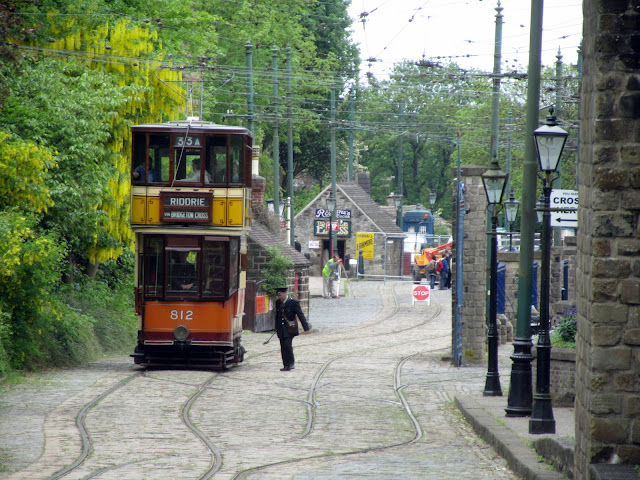 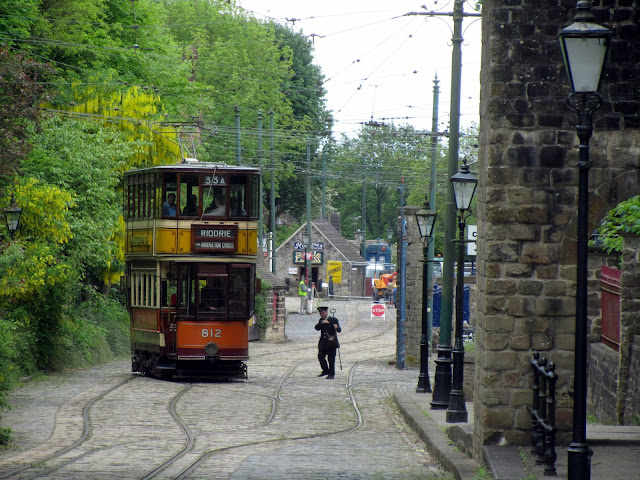 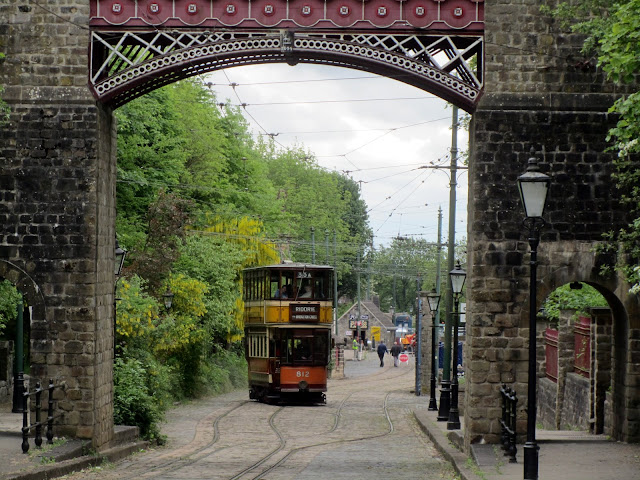 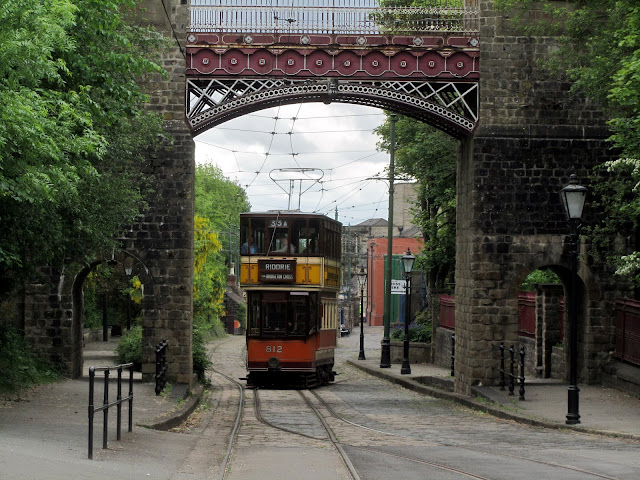 Posted by Richard Lomas at 06:52 No comments: