Seven photos taken on 28 March showing the trams on duty for the first day.
630 was the first passenger tram to go on the new track layout.
The Forge shop looks very welcoming.  The showcase/table contains the bellows used with the forge.
The new Pram and Buggie Shelter was really needed in the rain! 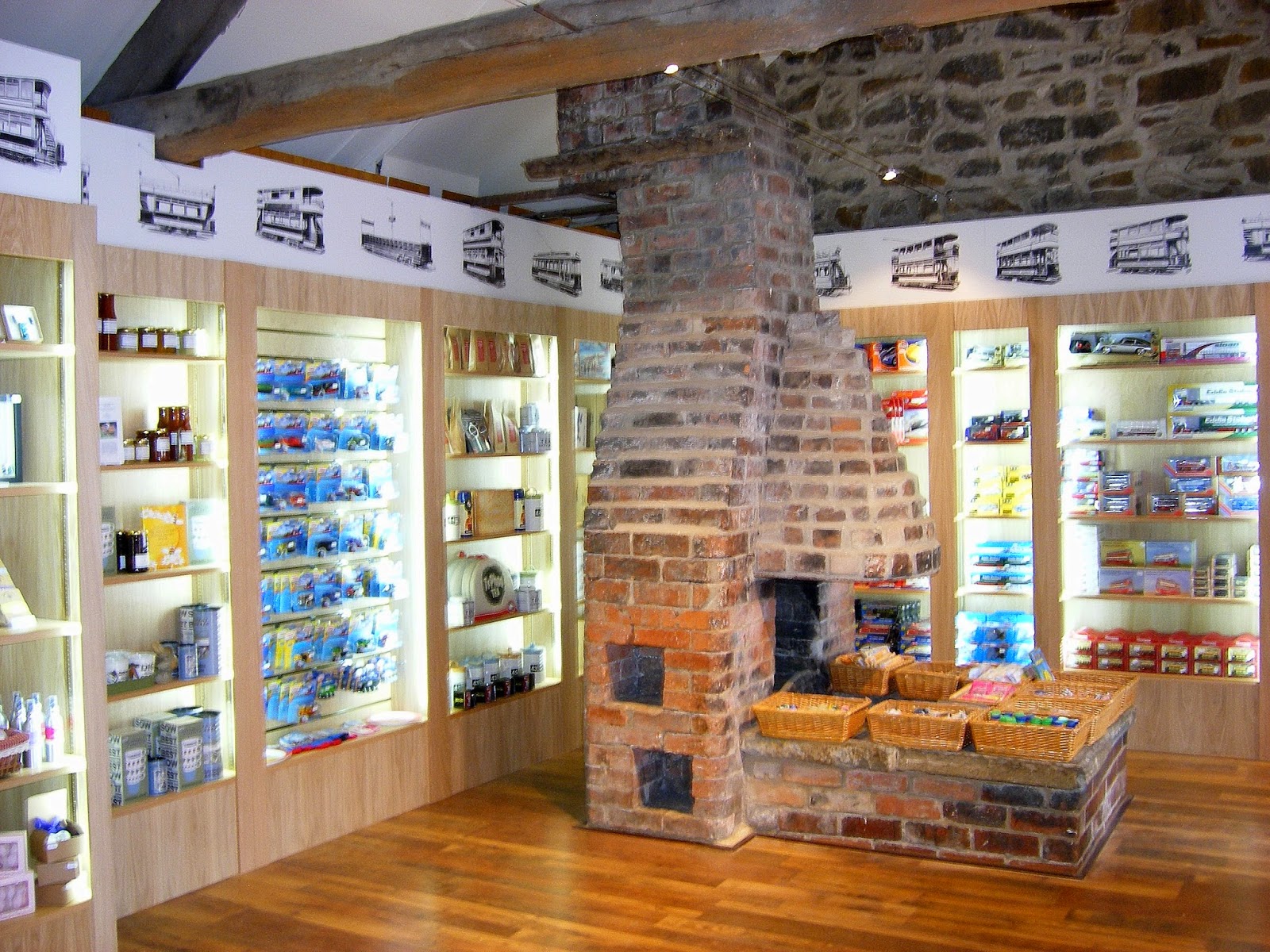 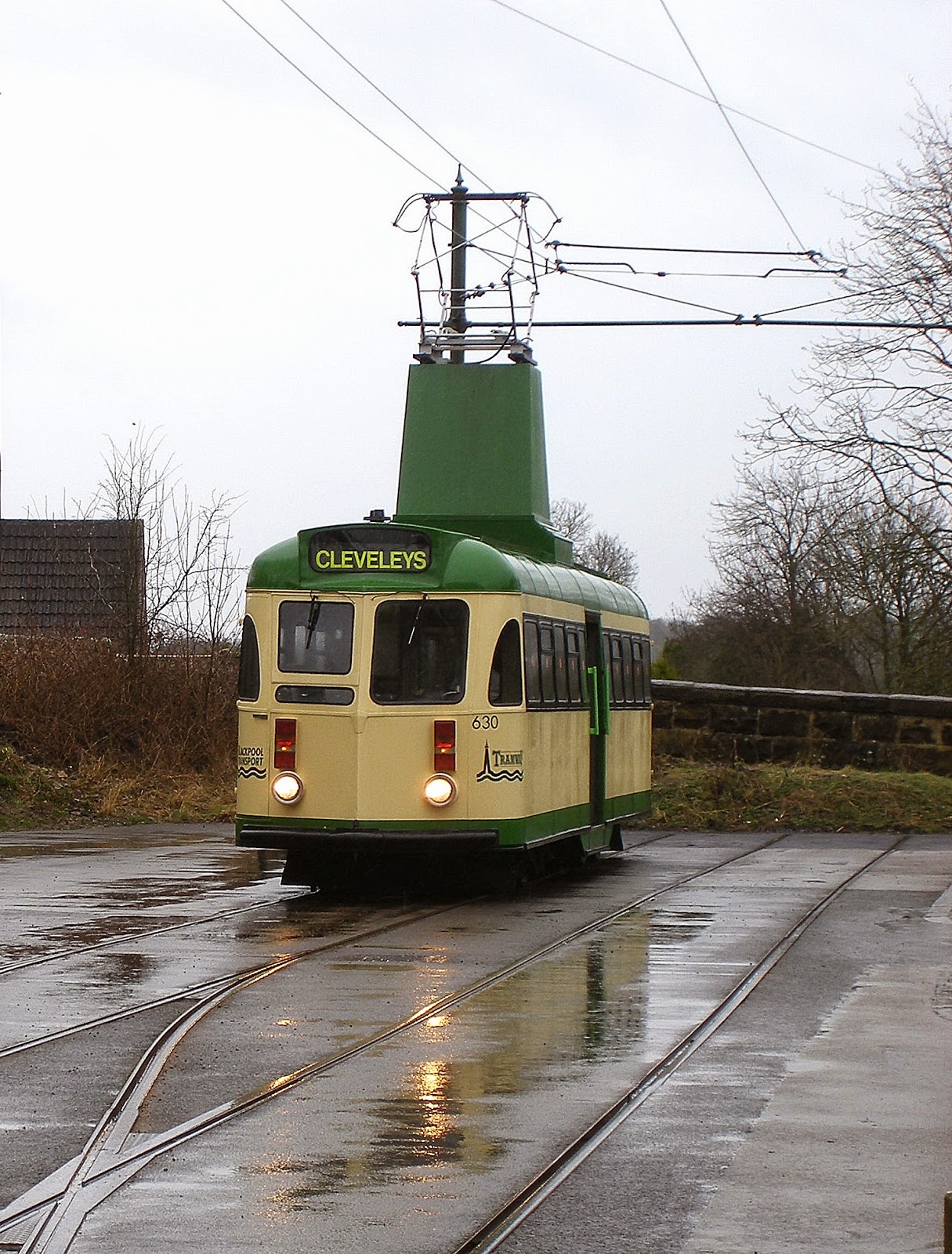 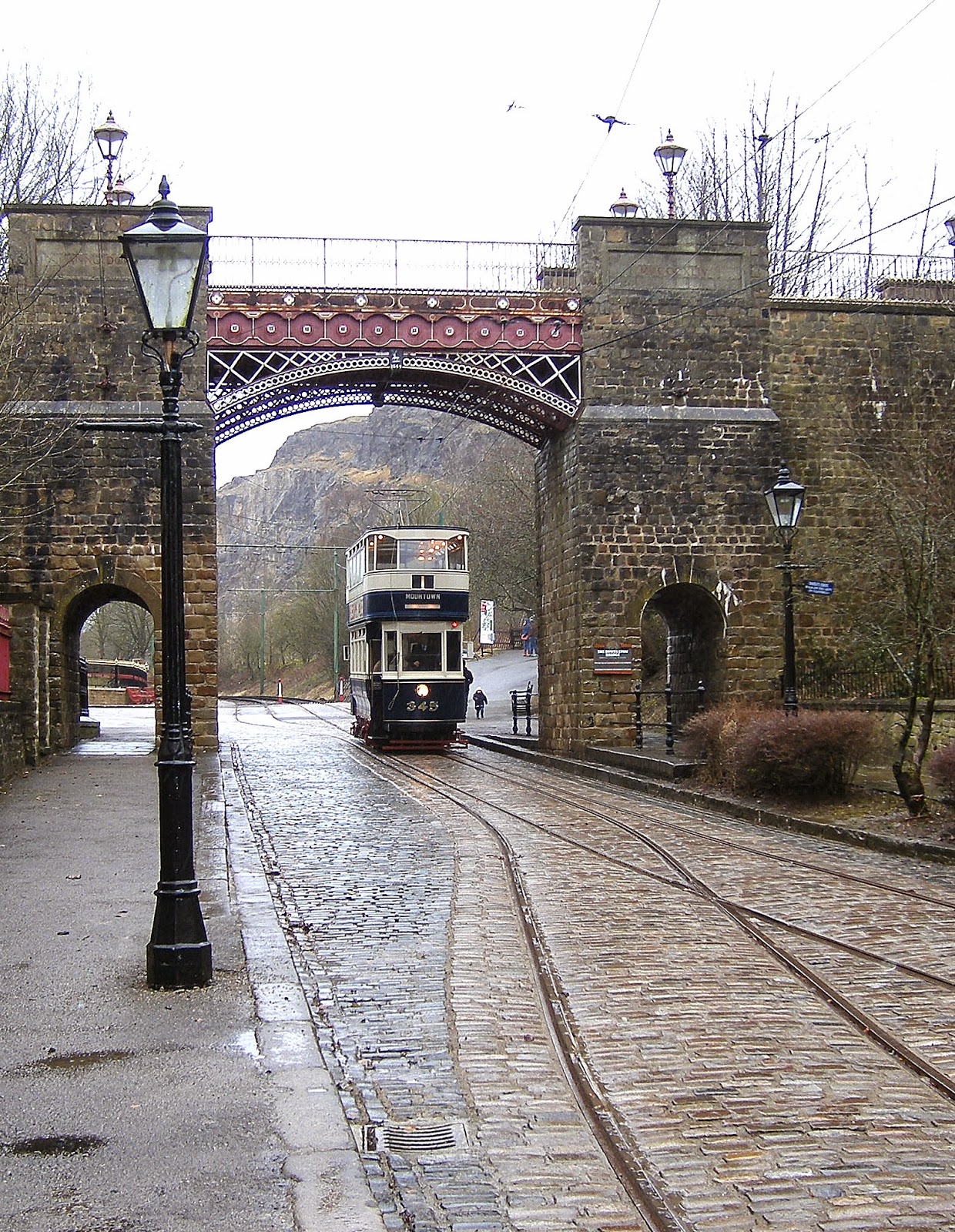 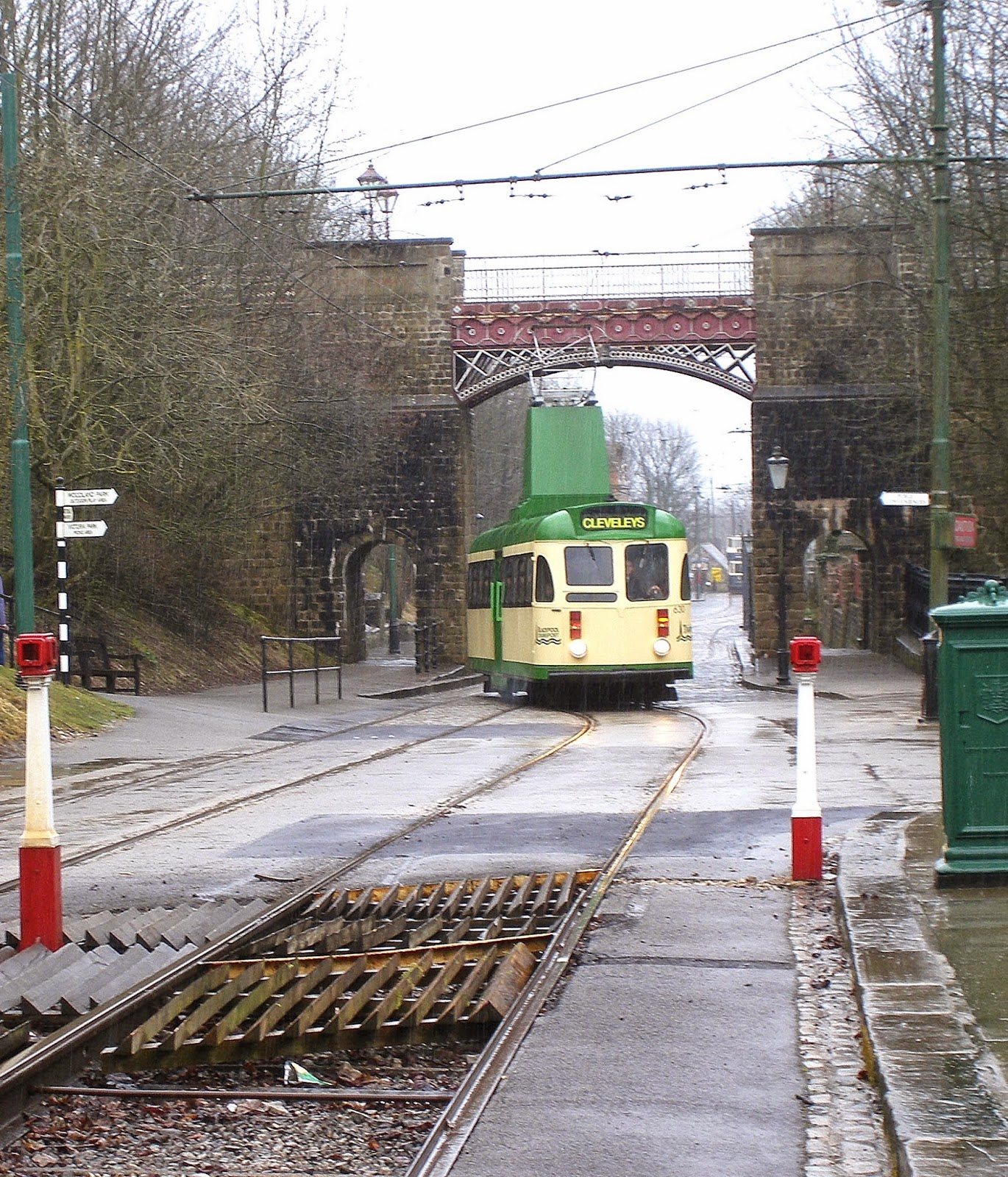 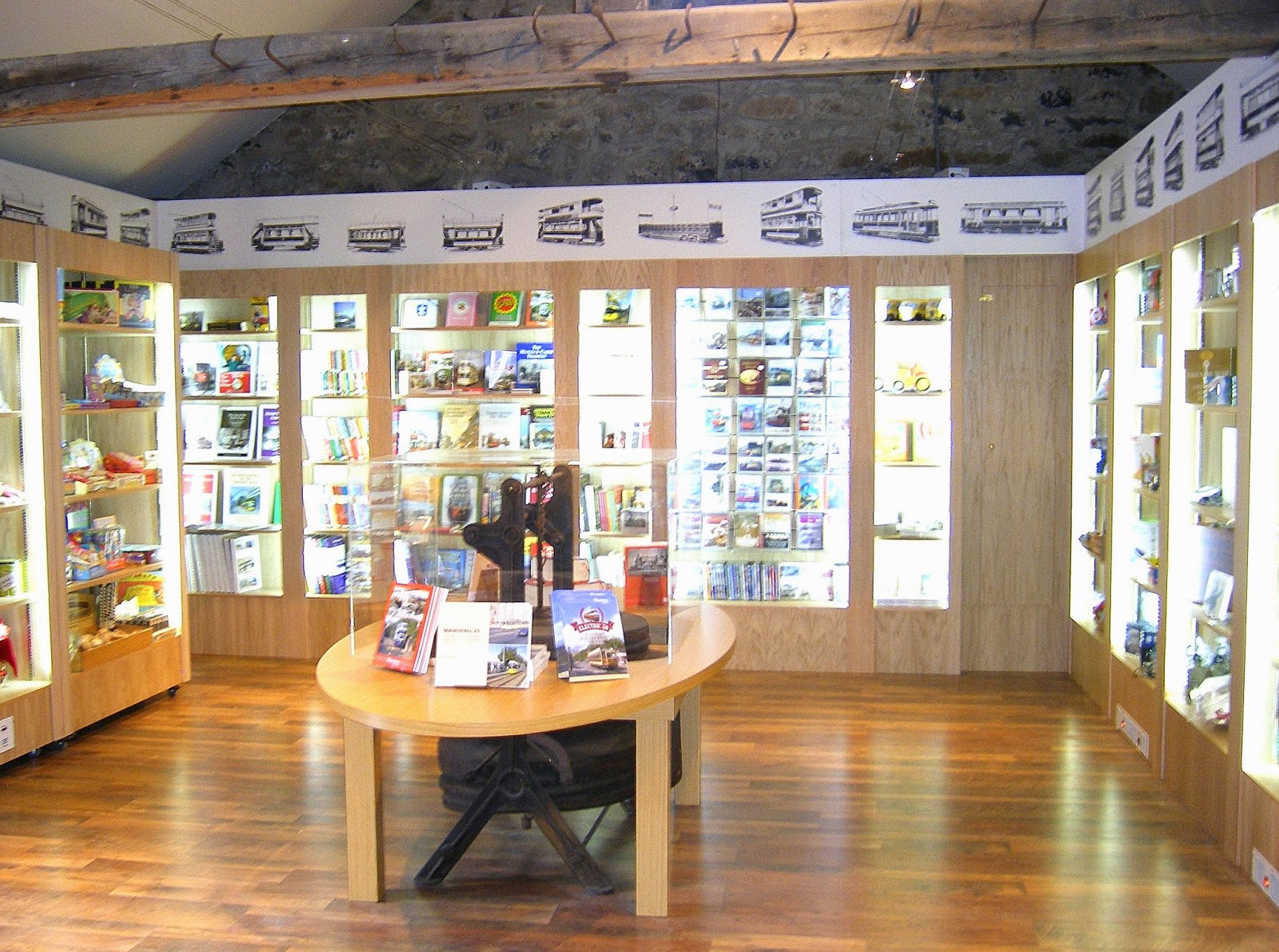 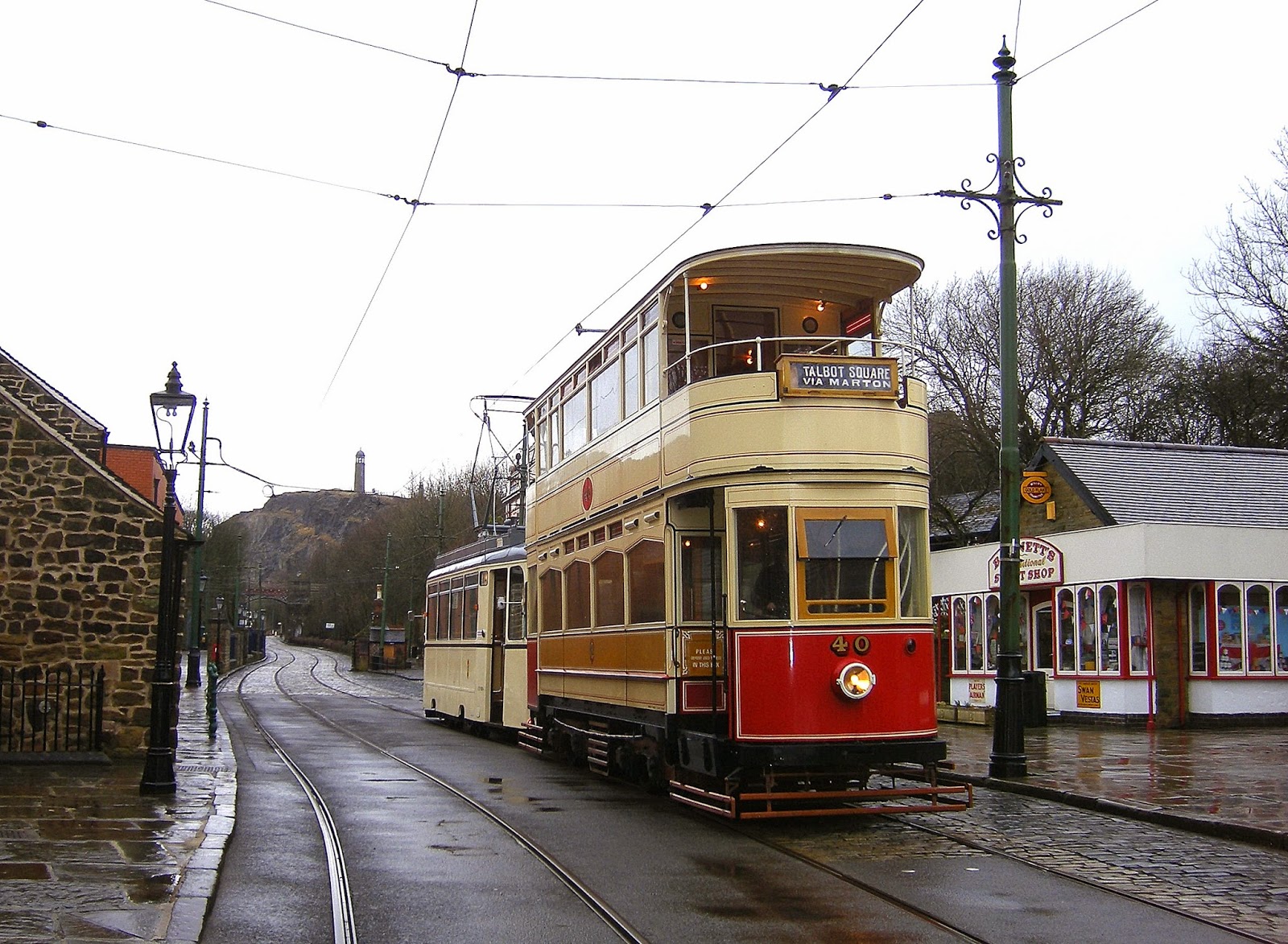 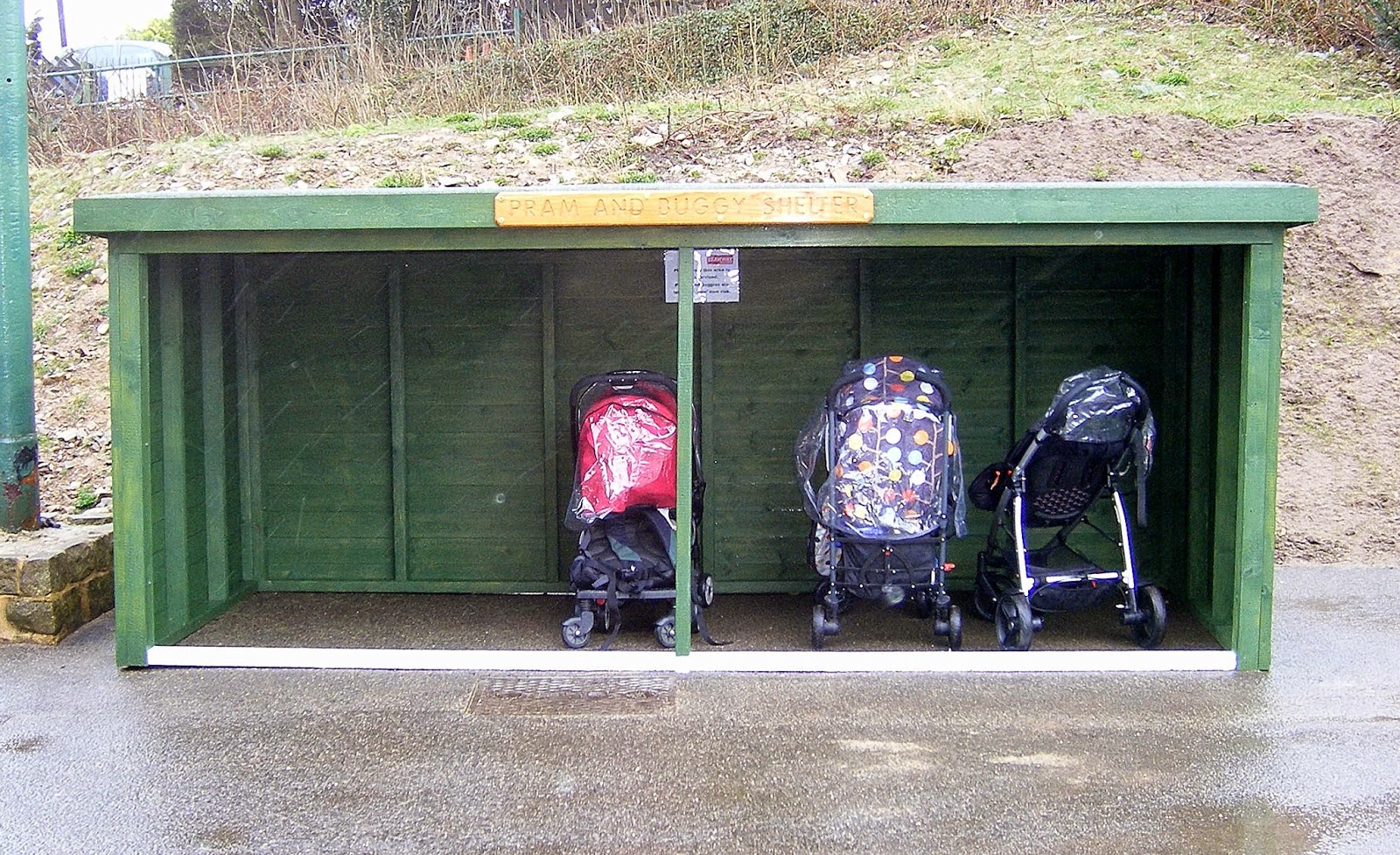 Posted by Richard Lomas at 10:45 No comments: 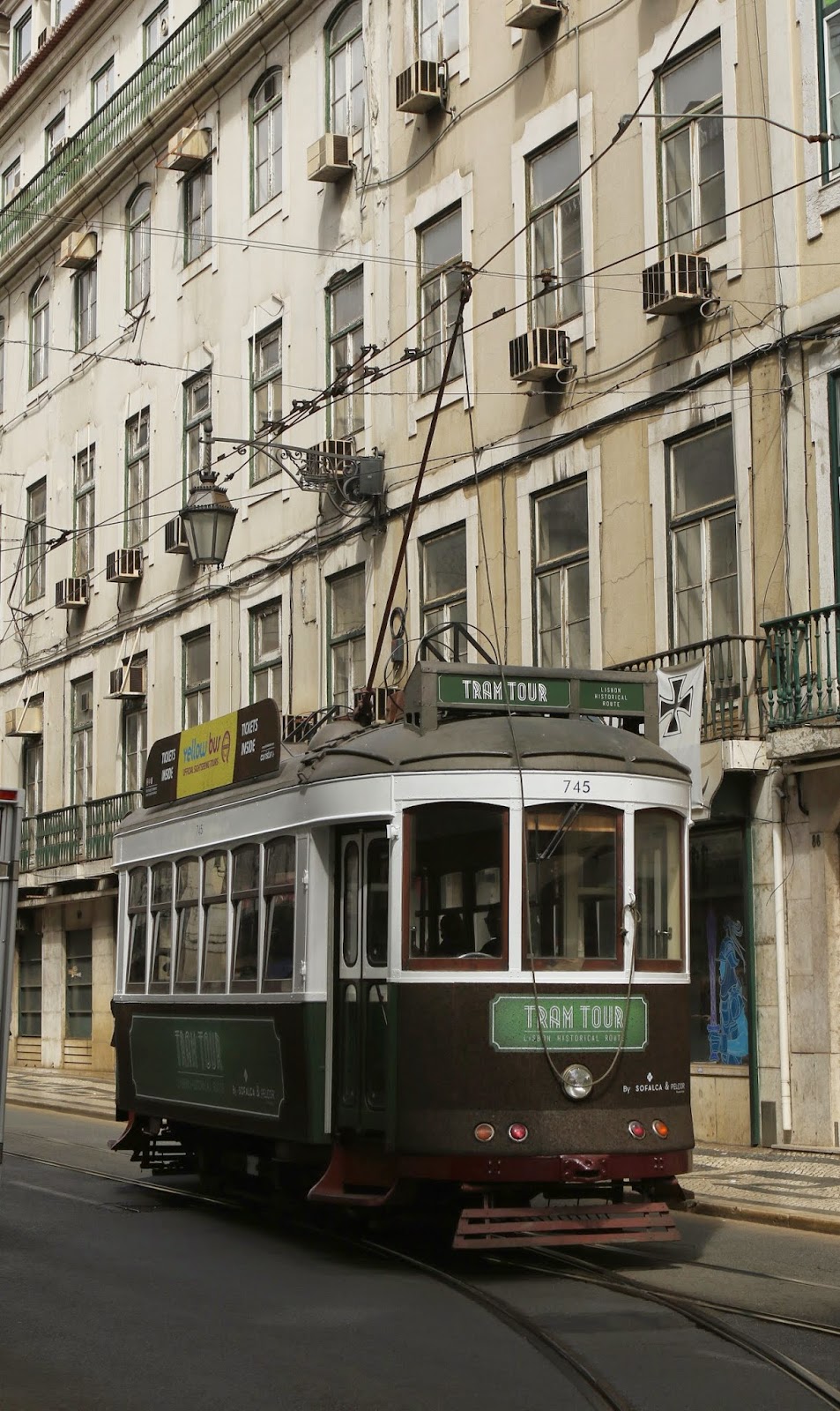 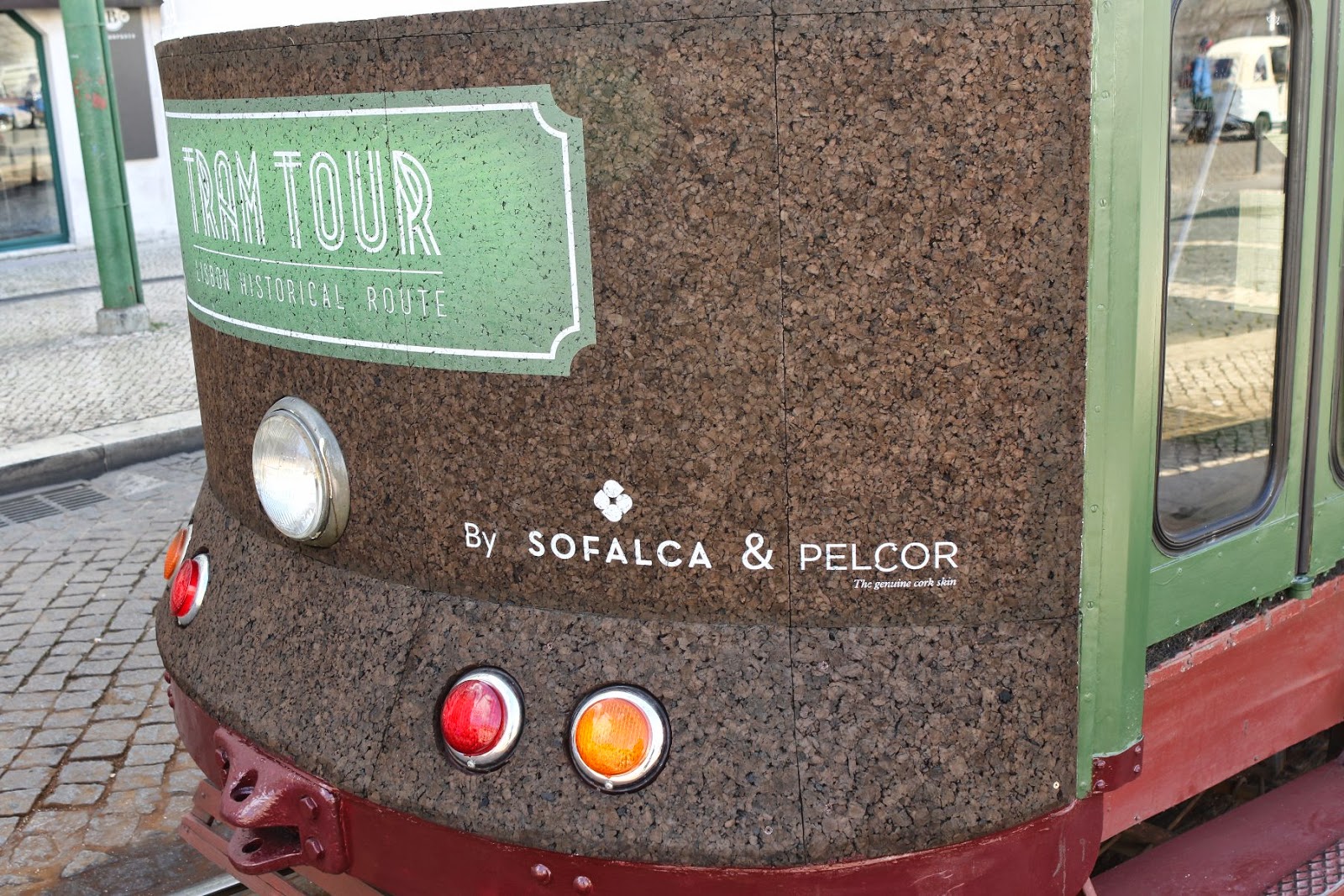 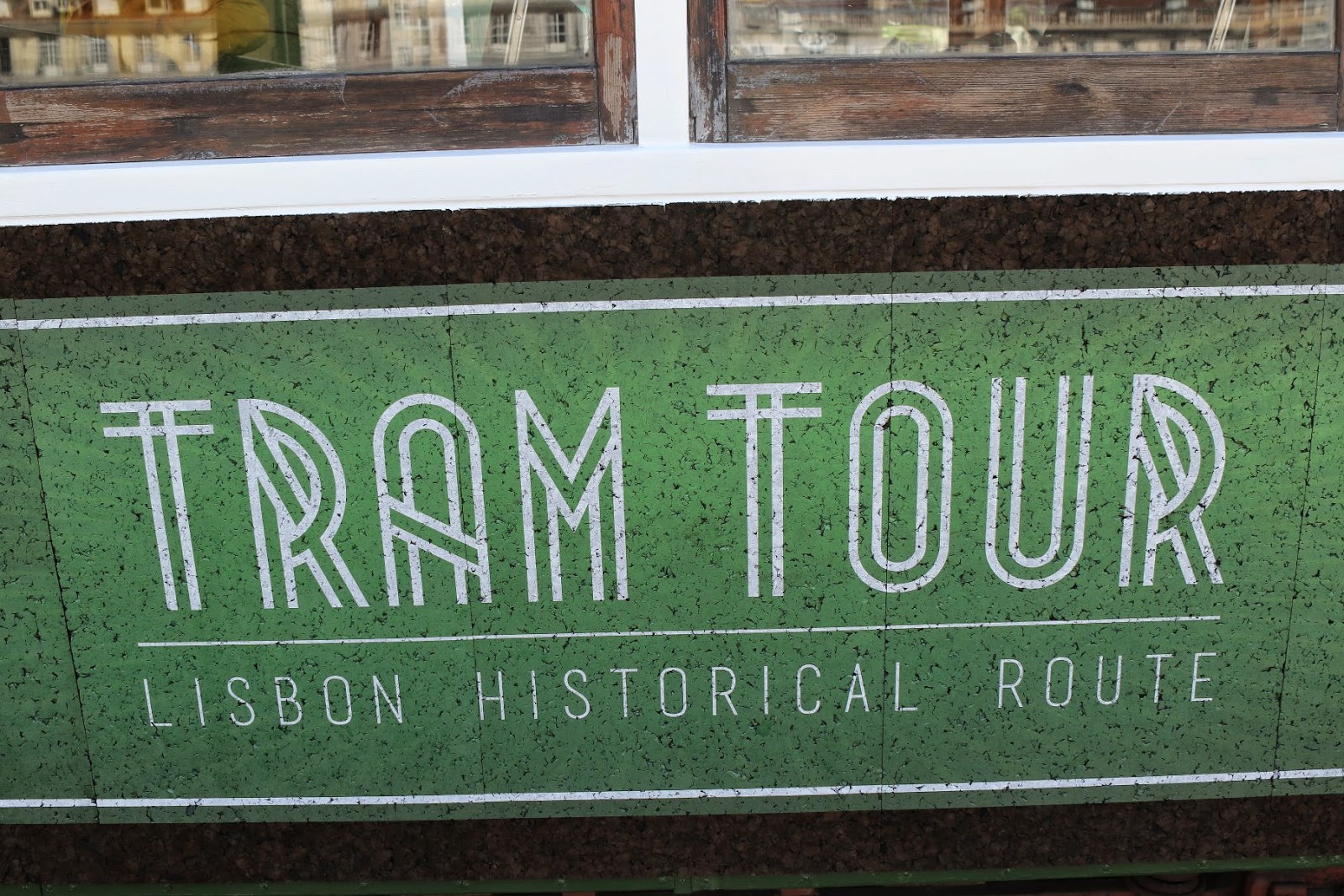 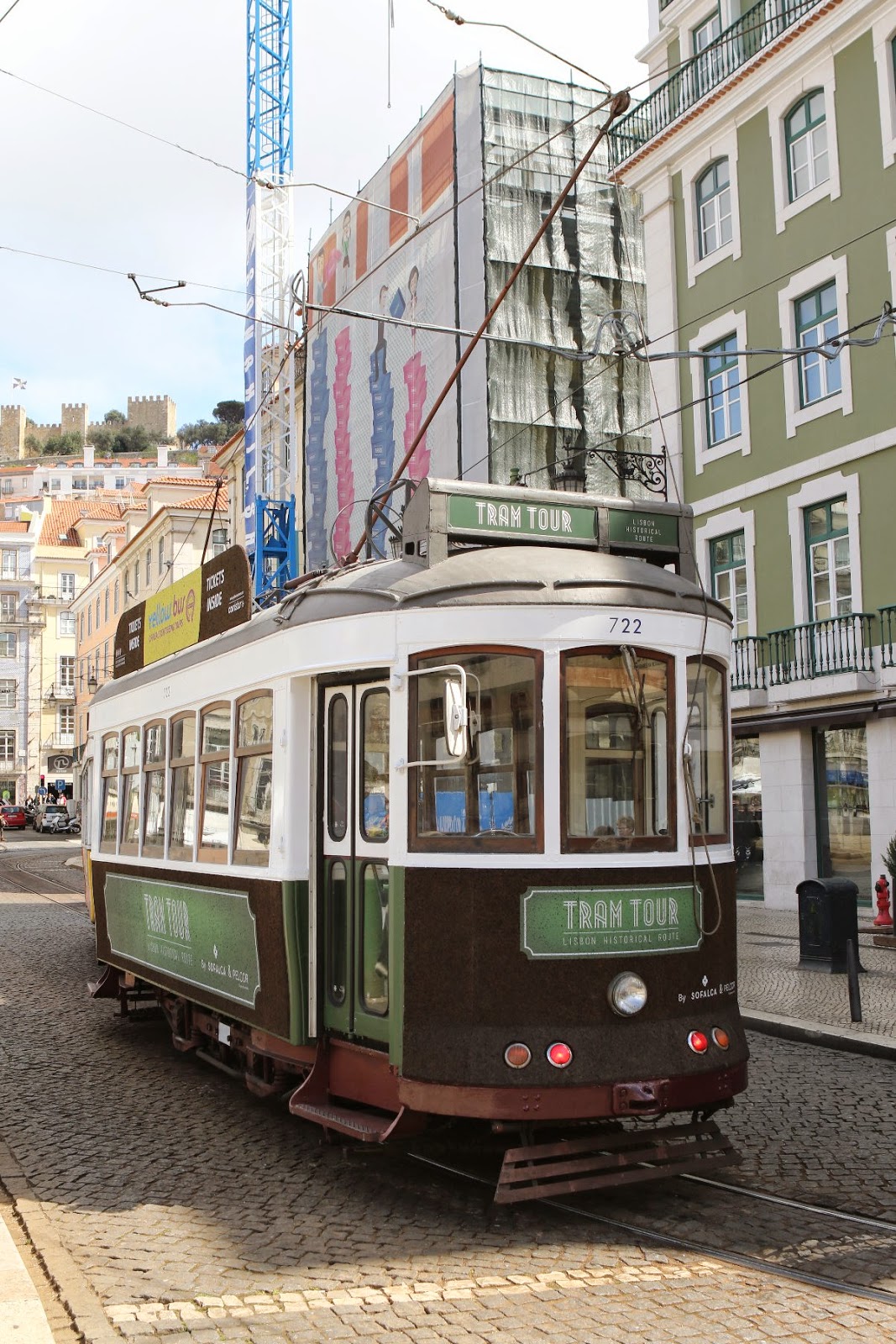 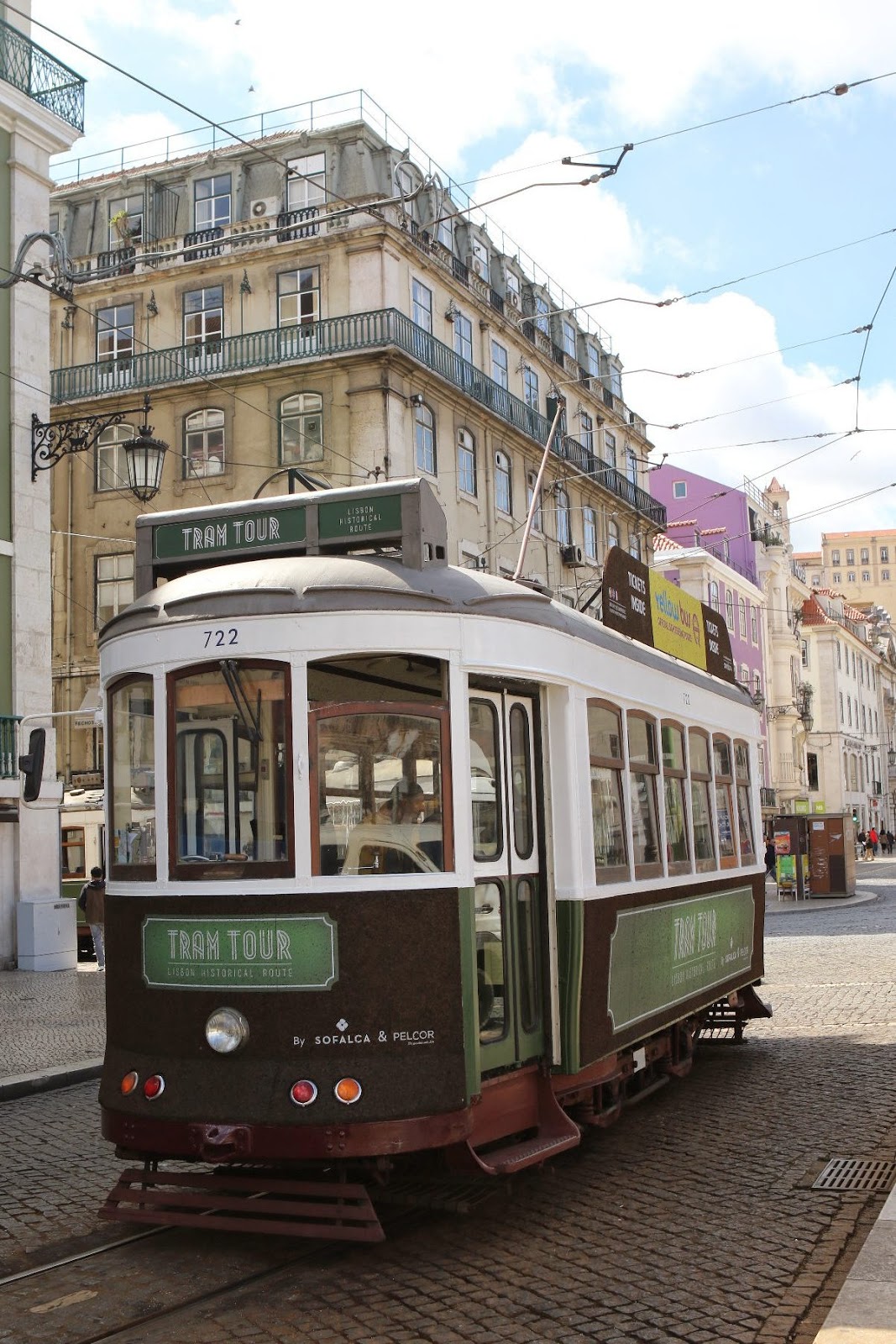 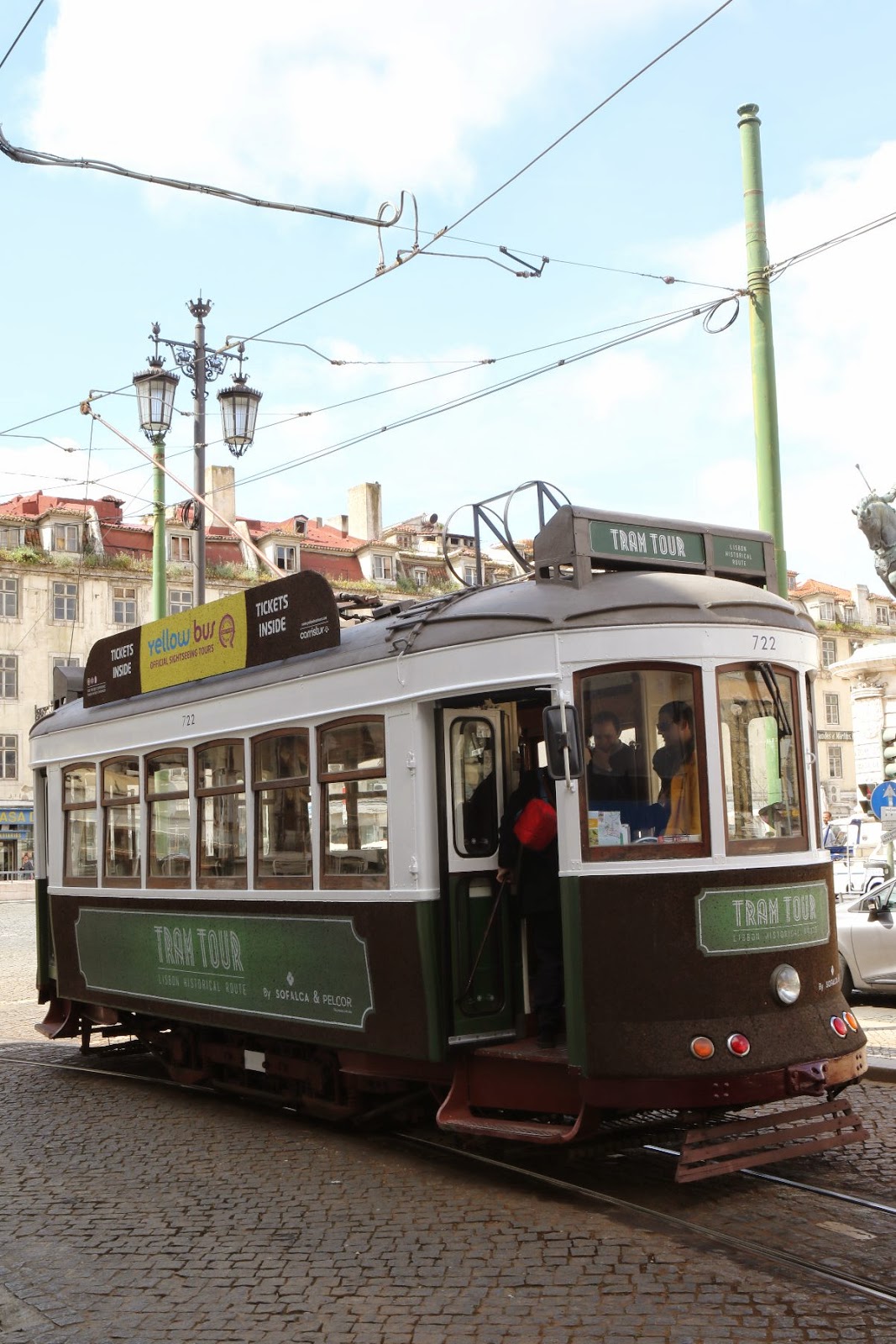 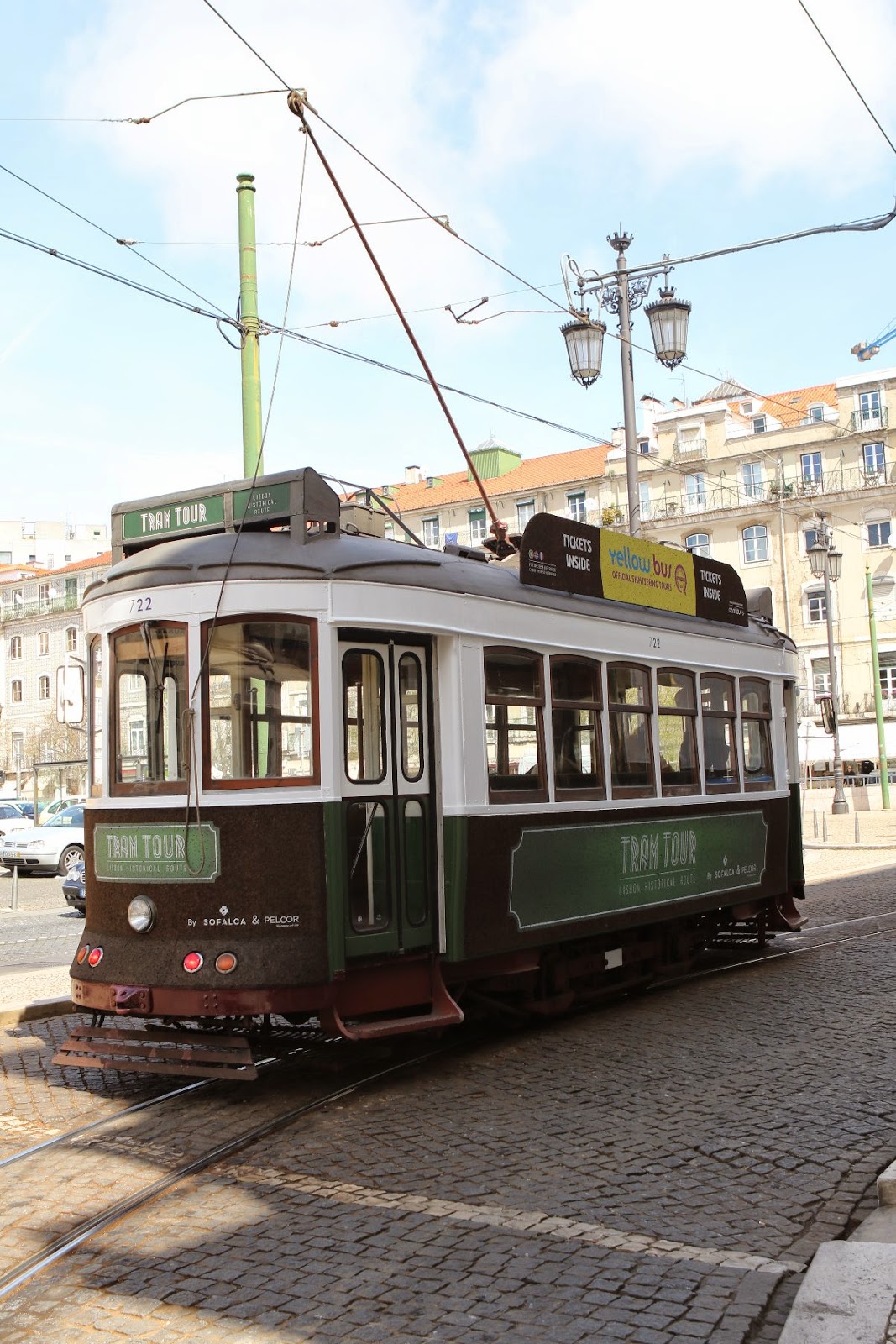 Posted by Richard Lomas at 08:51 No comments:

The funeral went well and was quite a happy event tailored to Boris, with music of Nirvana - All Apologies for the entry procession, a rousing Clash - Should I stay or Should I go, which had everyone at least tapping their feet, Morning has Broken for the hymn and departure procession to the theme from the Imitation Game, in homage to Boris's interest in Bletchley Park and Alan Turing.

There was a very pleasant wake at the Midland Hotel in Ripley with his favourite Jaipur Pale Ale on tap.  I am pleased to tell you that £351.00 was raised from donations in lieu of flowers, shared between MIND and the Padley Homeless Shelter in Derby who have also received all Boris's clothes etc.

It is still a very sad event, but tempered by good memories.

Posted by Richard Lomas at 09:04 No comments:

First lunch pause on 2015 at Avenida da República
The same bus, the same line, the same stop
Three destination flags on 6 seconds
Can you imagine the true final destination?
TRANSPORTES DE LISBOA is the new brand introduced on March 17th, in
order to follow with promised changes on current management model
Let´s wait and see next steps on this chess game. 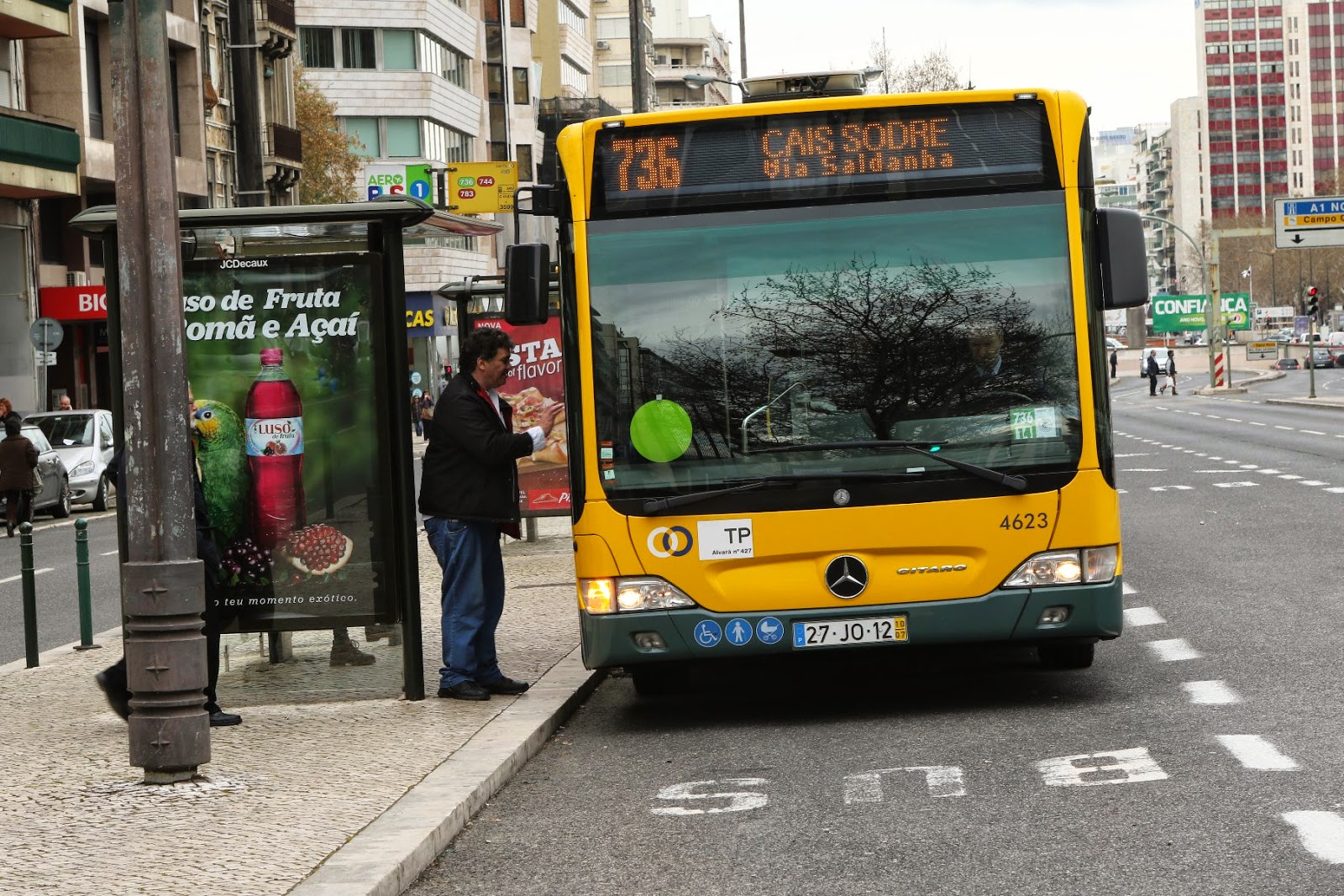 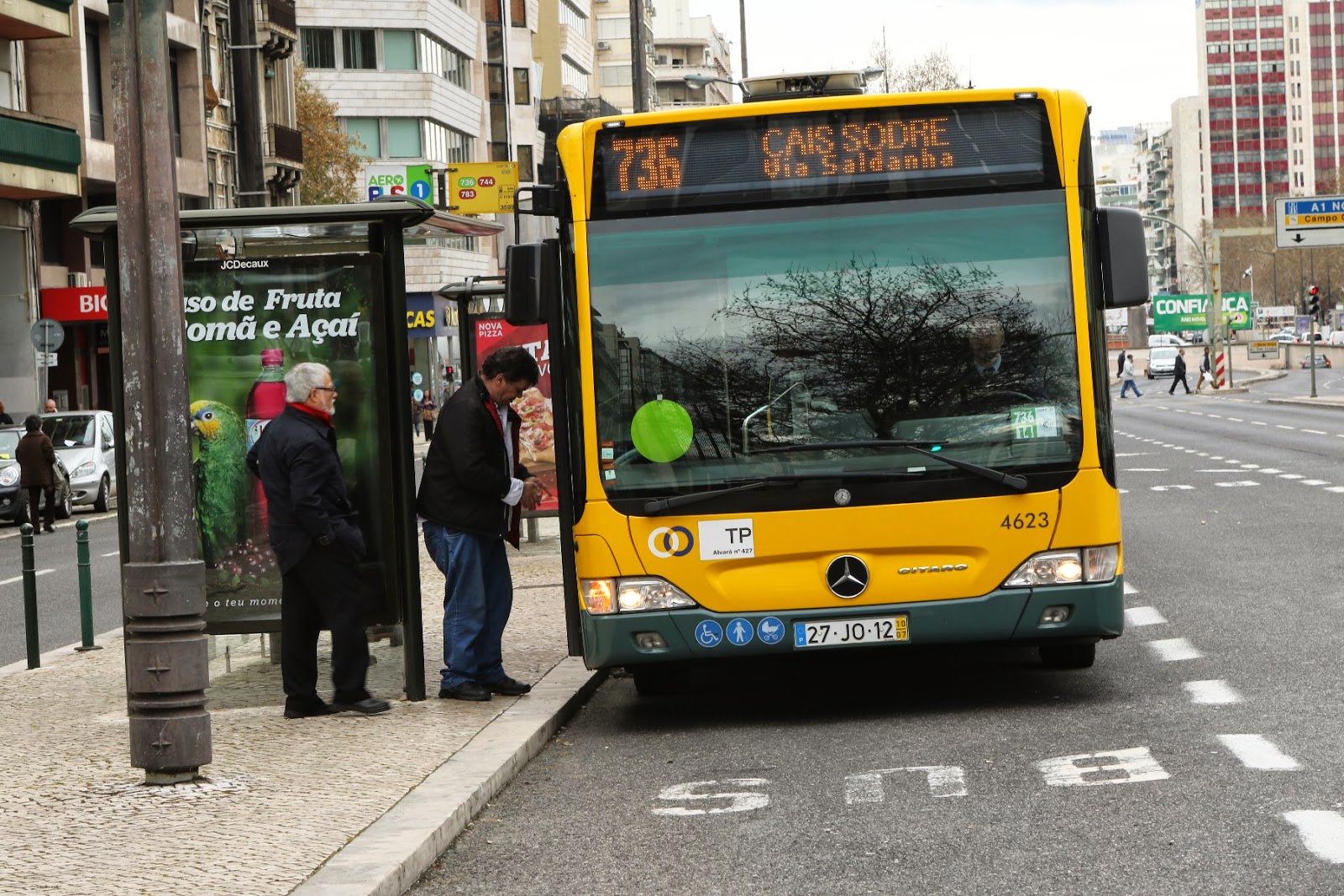 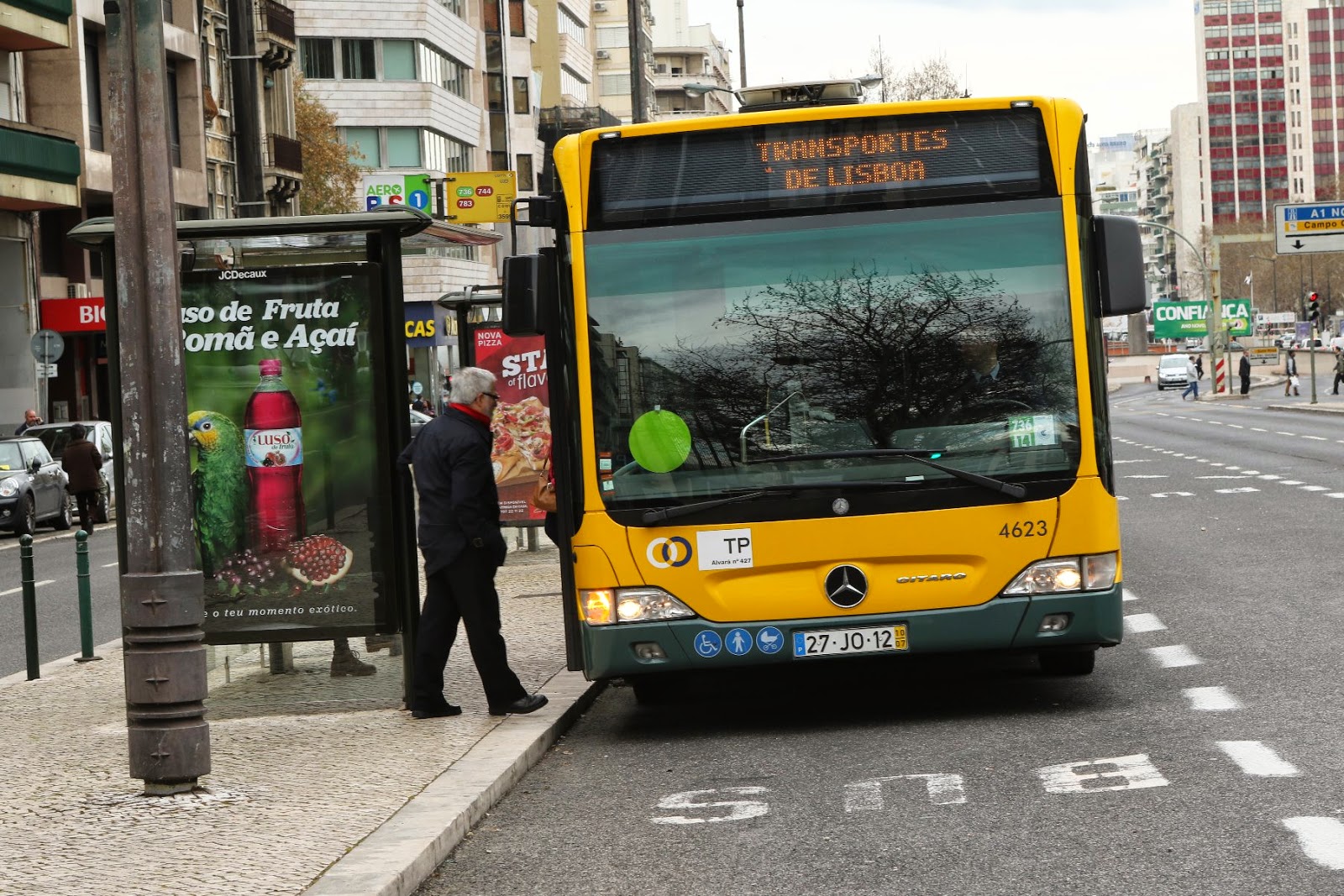 Posted by Richard Lomas at 09:01 No comments:

Boris's funeral will take place on Monday 23 March at 2pm at the Amber Valley  Memorial Park and Crematorium.  Please don't wear black.  Donations will be gratefully received in lieu of flowers and any monies will be shared between MIND Mental Health Charity and the Padley Homeless Centre in Derby.

Afterwards there will be a bite and a toast to Boris at the Midland Hotel Ripley.  If you can join us, please can you email Kath at RichardandKath@gmail.com, for catering purposes. Please enter the pub from the car park. There is a ramp for those not doing steps.

When leaving the crematorium turn left onto the B6179 and continue straight ahead, through the traffic lights at Swanwick, down the hill, past the Midland Railway, then up Butterley Hill into town and follow road round towards Nottingham, you will see RETRO club on your left and the Midland Hotel is next door - the car park entrance is just past the hotel. If you get to the railway bridge/ETS you have gone too far. Please enter via the car park side door, there is a ramp for those who don't do steps.
Posted by Richard Lomas at 20:31 No comments:

Metrolink, Manchester, 3rd March:
The trackwork at Victoria has now been relaid and two platforms (will be three eventually) are open.
See the new layout looking towards Balloon Street which has had it's double track reopened. Note the new tracks for the Second City Crossing going off to the right.
East bound trams are using the central platform but my guess is that they will eventually use the outer platform leaving the middle one for terminating services: maybe Manchester airport, Trafford centre or Ethiad Stadium? 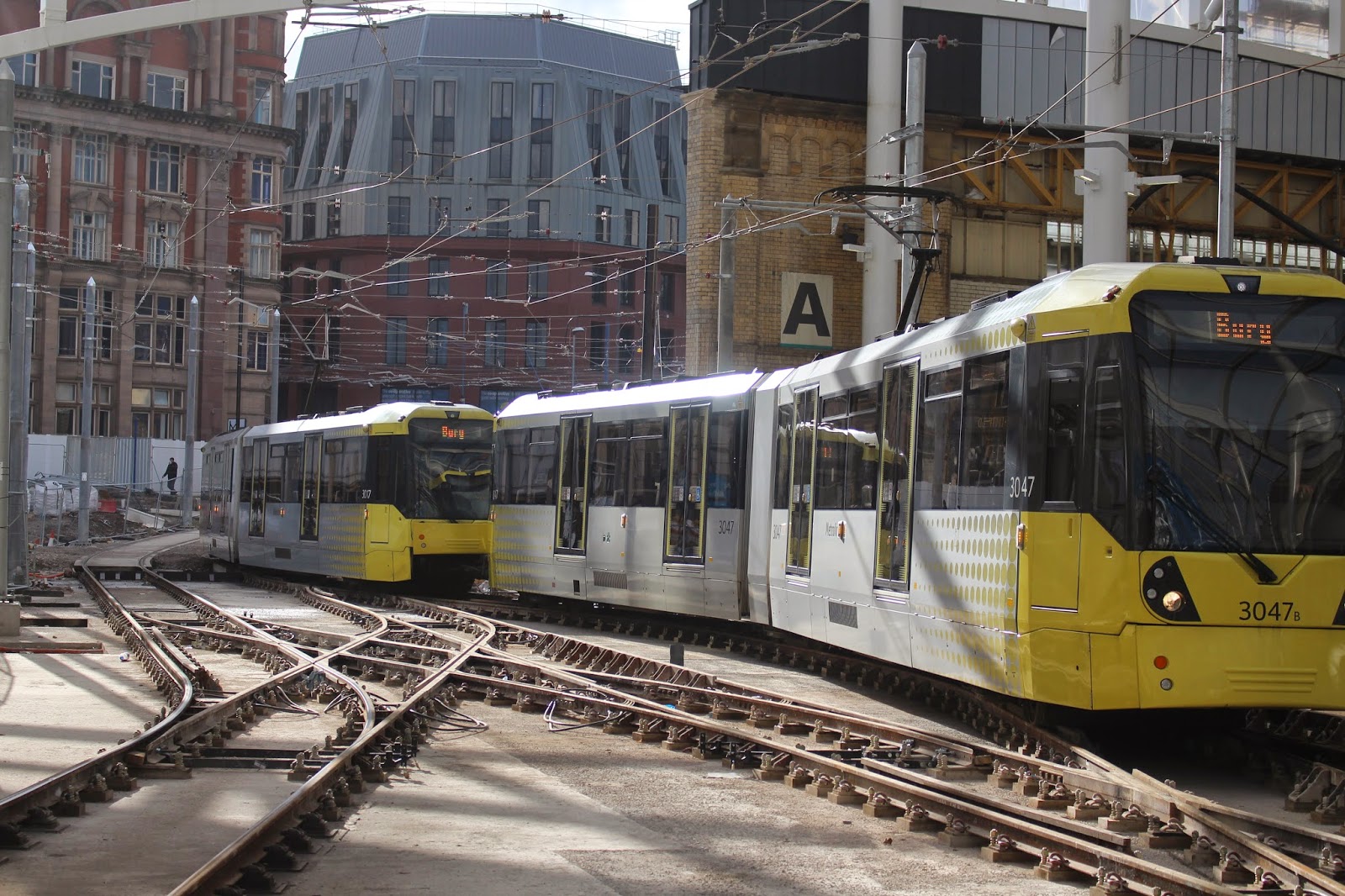 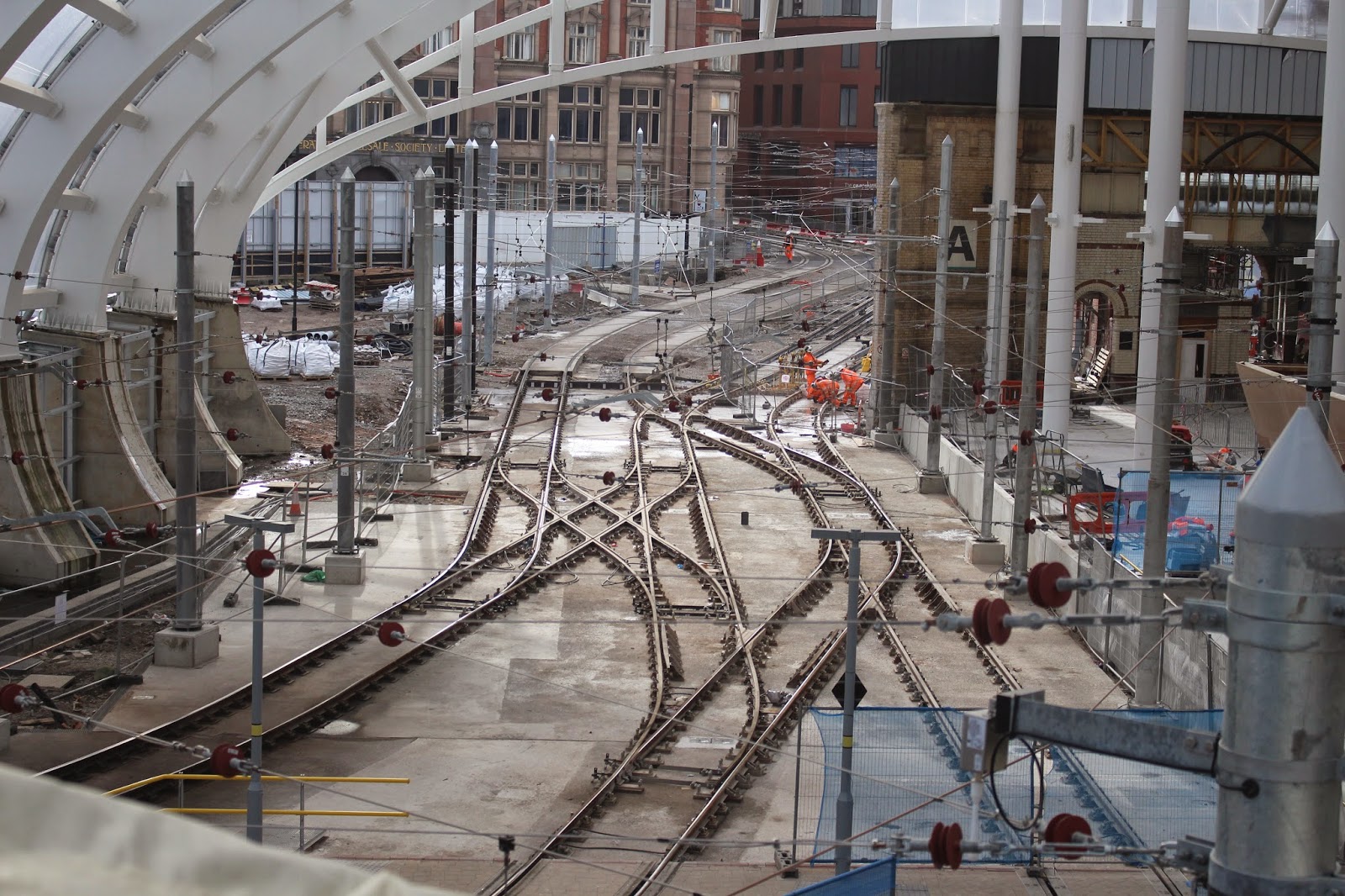 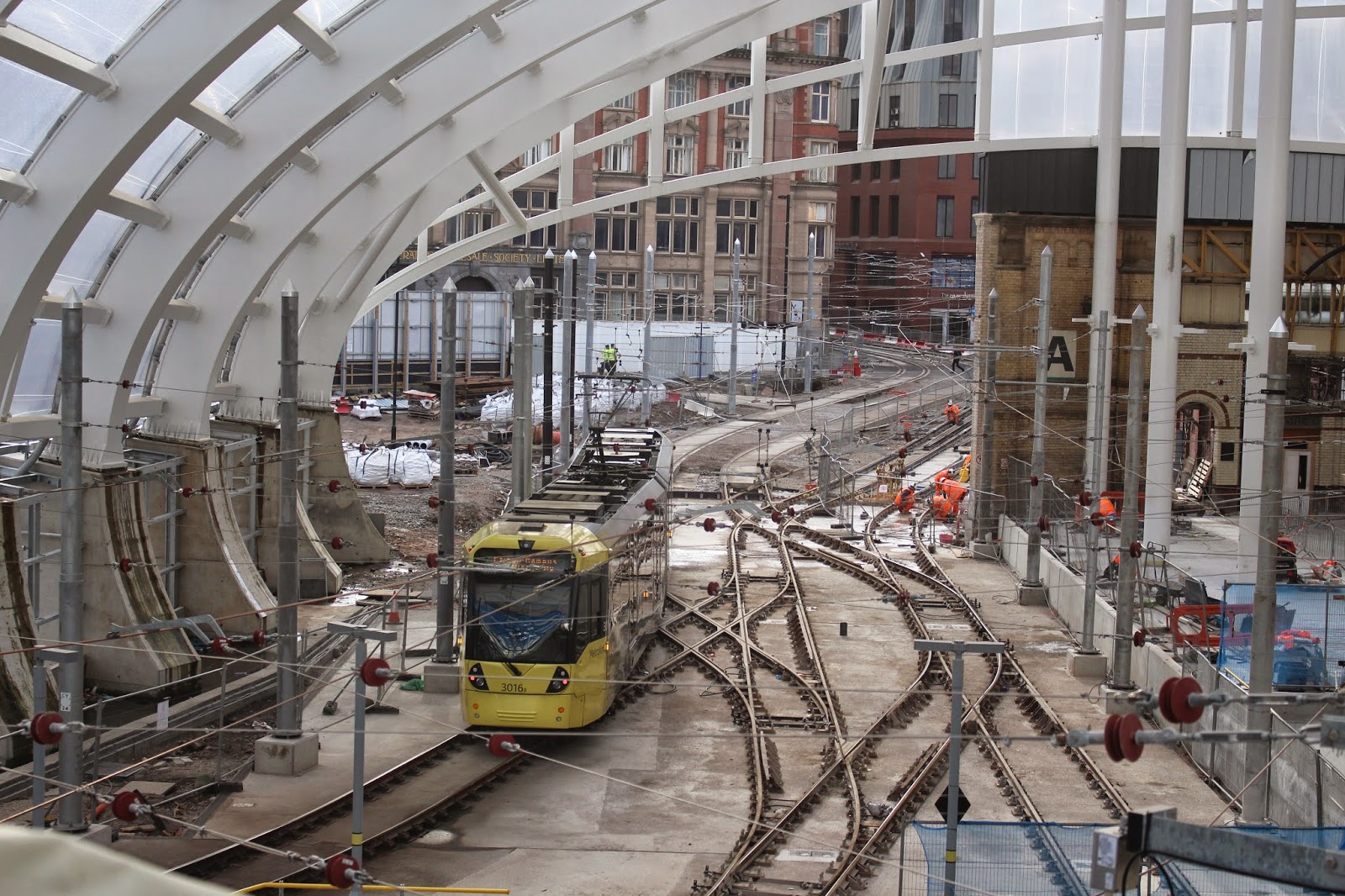 Posted by Richard Lomas at 21:07 No comments:

Further to my previous message, some further information about this event is now available.  Please note, however, that alterations to the proposed arrangements are still possible, so all information is provided in good faith but without guarantee.

Monday 22 June 2015 (anniversary day).  There will be an exhibition of around eight historic and modern tramcars at Alexanderplatz.  There will be film, book and model stalls.    And Birthday Cake for everyone!

Saturday 27 and Sunday 28 June 2015.   Open days at tram depot Lichtenberg (possibly also at U-Bahn workshop Friedrichsfelde).   There will be a display of a variety of historic tramcars, souvenir stalls and book and film sales stands.

Sunday 28 June 2015.  There will be a grand cavalcade of tramcars through Berlin - further details to follow.

For aficionados of the Berlin tramways, the following dates later this year may also be of interest:

Sunday 30 August 2015.   Official opening of the new tramway line between Nordbahnhof and
Chausseestraße, as a result of which lines M8 und M10 will be extended from Nordbahnhof via Hauptbahnhof to Alt-Moabit.

Saturday 12 September 2015.    Open day at Kopenick depot on the occasion of Open Monument Day.
Posted by Richard Lomas at 10:01 No comments:

Posted by Richard Lomas at 11:34 No comments: