Some of Hazel's photos from last Saturday showing trams which rarely see the light of day.  They were being moved around to make way for the Bournemouth tram which will soon be arriving.

Posted by Richard Lomas at 19:36 No comments:

A visit to Manchester embraced Rochdale where "the rain, the trams and the streets of north Manchester seem to go together". 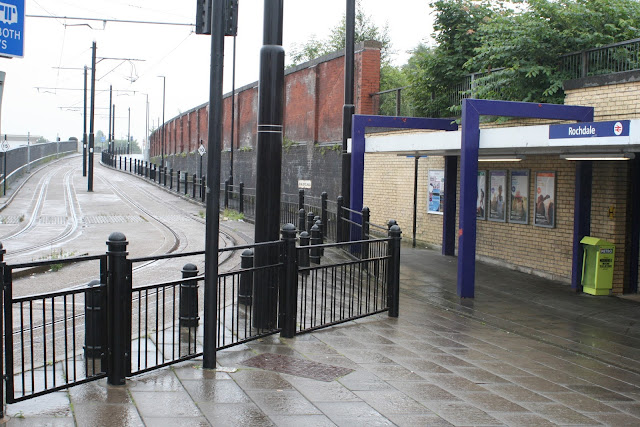 Posted by Richard Lomas at 13:50 No comments:

Frank Bagshaw is spending a few days in North Wales. He took a ride on the Great Orme Tramway. Here is car 7 approaching the summit terminus. 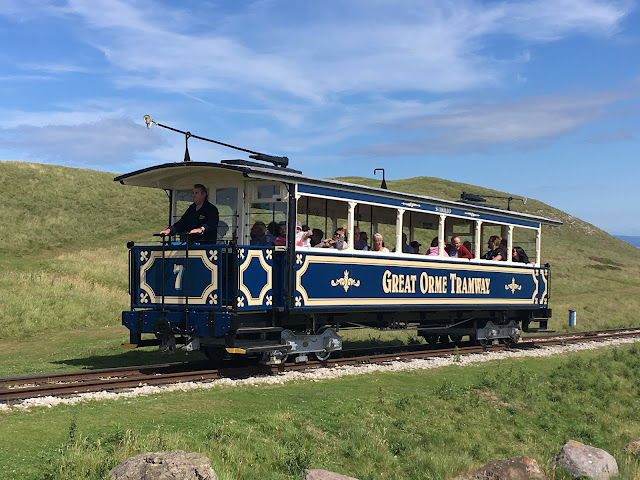 Posted by Richard Lomas at 20:10 No comments:

On Friday I spent an enjoyable day conducting on Blackpool 166. The driver was Ian Bailey. We were pleased to see Gordon and Malcolm Rush ( and Mrs Rush) visiting the museum - long time no see!

On Saturday 17, June and Sunday, 18 June in Dublin city, the first trams were tested on the new Luas Cross City route.
On the Saturday, the gauge run consisted of using two trams moving at slow speeds (from 5kph up to 10kph) between St. Stephen’s Green, College Green, over to O’Connell Street before testing was completed at Broadstone. On the Sunday, the gauge run continued off-street between Broadstone and Cabra and then through the city centre again.
The footage below shows an overview of the gauge run activity that took place over the two days.