Over the winter they have been busy cutting back the trees on the west side of the embankment from just before Tye Lane loop to to Cownhayne loop. This has opened up a better line of sight for Drivers but also gives passengers a wider view.

Posted by Richard Lomas at 09:51 No comments:

THE FUNERAL WILL BE HELD ON TUESDAY 7 MAY AT 0900 AT THE TRAMWAY MUSEUM,. CRICH. FOR THE SERVICE AND WAKE.
Posted by Richard Lomas at 17:19 No comments:

On Saturday 20th April due to engineering work; Metrolink trams on the route to Rochdale were shortworking only as far as Exchange Square . Tram 3017 reverses over the Exchange Square crossover to return to East Didsbury. 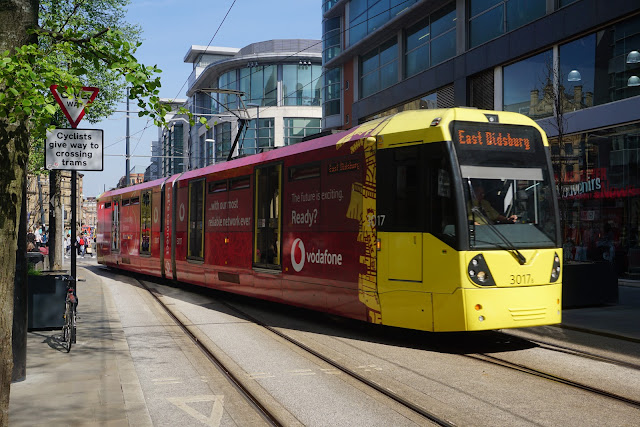 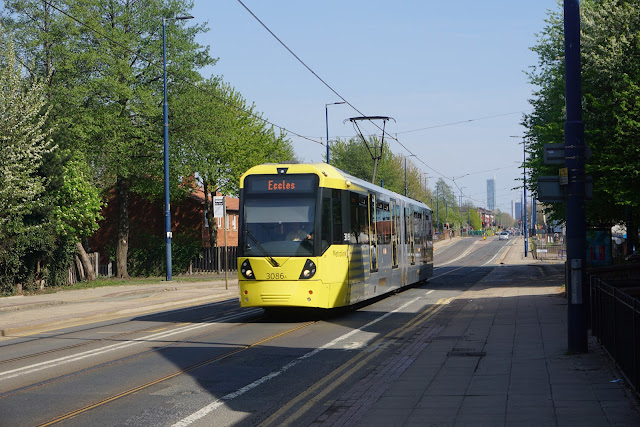 Posted by Richard Lomas at 09:44 No comments:

I am sorry to announce that Bob Hall (Robert Cubin Hall) former employee of the Tramway Museum in Crich  and authority on overhead lines, has died.  He died after a long illness in Derby Royal Hospital on Tuesday 16 April at 0845.

Bob had been in and out of hospital over the past 18 months, during which time his wife Janet died in May 2018.

The funeral will be at the Tramway Museum, Crich at 0900, probably on 7 May, but the date has yet to be confirmed.  I will post a notice when it is.
Posted by Richard Lomas at 09:19 No comments:

A really busy first day of the Beamish Steam Fair.

Posted by Richard Lomas at 15:14 No comments:

A flying visit to Edinburgh saw a beautiful sunny afternoon.