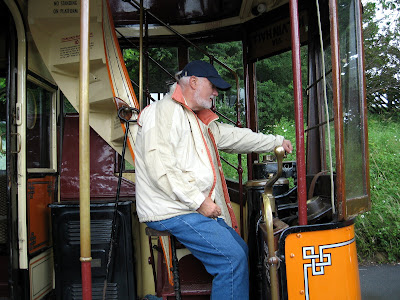 The Museum was busy this morning with several school parties of very young children (some under 5) including one from Heanor and one from Mansfield. I tried to describe the Notts & Derby line which passed through Heanor and even suggested that the teachers venture into the Red Lion in Heanor to see the pictures of trams.
Today's pictures were taken in the early afternoon when things quitened down. (The trams in service were MET 331, Glasgow 812 and Leeds 345).
1. A customer who remembered the drivers seats in Sheffield trying out Glasgow 812's for size.
2. Roger Webster talking to Ian Yearsley.
3. MET 331 at Wakebridge. 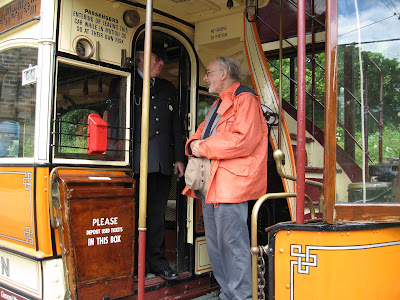 Photographs taken somewhere in England.
I expect to be at Crich on Sunday morning to help put copies of the July issue of The Journal in envelopes. We will then know the name of the new President. 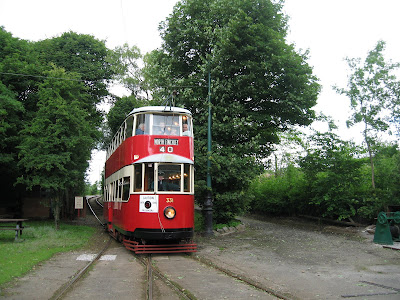