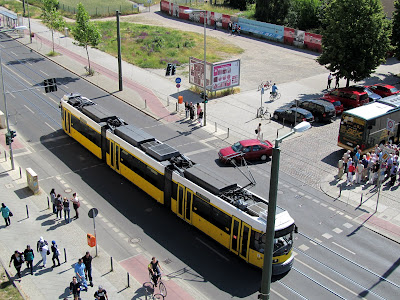 Sorry I took this picture a fraction of a second too late. 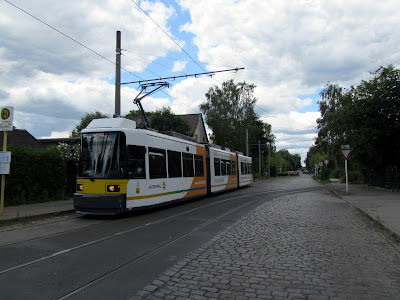 Rosenthal Nord terminus. I think the last time I was here was in 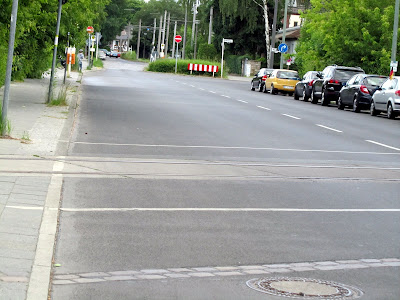 1990 when the service was operated by three-car sets of Rekos and the wall could still be seen in the distance.
Looking southwards towards Rosenthal Nord tram terminus. The line of two cobble stones in the foreground marks the location of the wall. 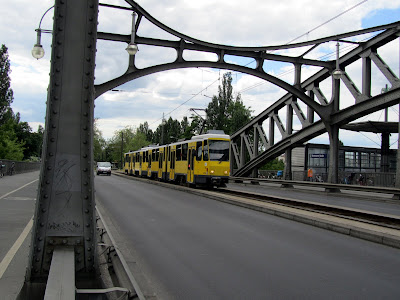 This bridge on Bornholmer Strasse was also on the east/west boundary. The tram is travelling from west to east.
We are now in Cologne staying in a cheaper hotel in a Turkish district which has free wifi in public areas. I would be able to see the trams from the window if they hadn't been upgraded to underground running.