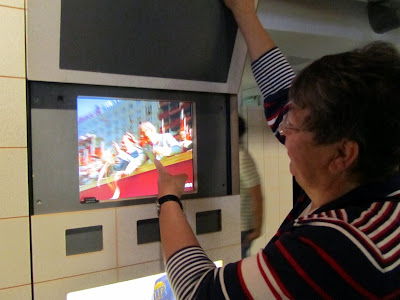 On Sunday morning we visited the DDR Museum which is near Alexanderplatz. There is a lot of interest in a relatively small space.
Kath is pointing to a TV news film of Erik Honiker 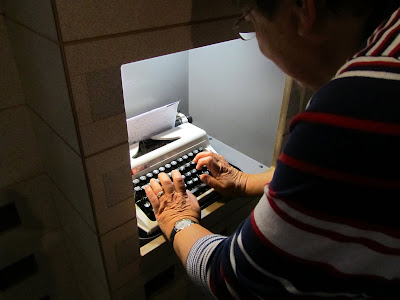 after whom Berlin 3006 was named.
Visitors are encouraged to try out high tech DDR typewriters. 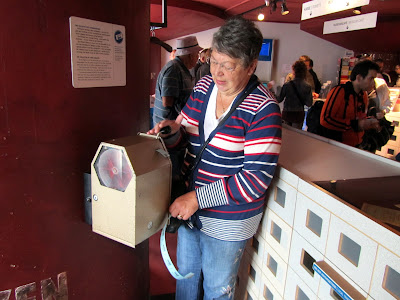 The only large public transport exhibit was this 'Zahlbox'. Kath is having the same problem that we used to have in the old days in not getting the correct number of tickets for the fare paid. 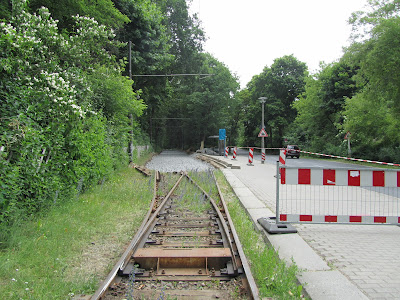 Finally the Woltersdorf tramway is closed for track repairs.
Posted by Richard Lomas at 19:11