I had a look at the trams in the big shed on Thursday and compared with those in the depots something didn't seem quite right. Then I realised it was the lack of overhead wire and the unatural positions of the current collectors. 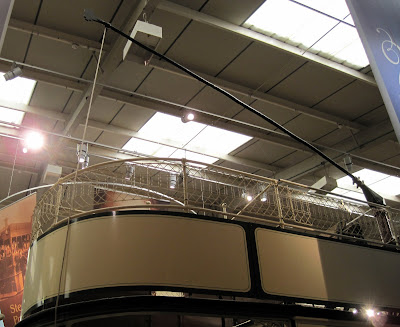 Derby 1 has an immitation trolley head. Hardly appropriate in an exhibition that has supposedly cost half a million pounds. 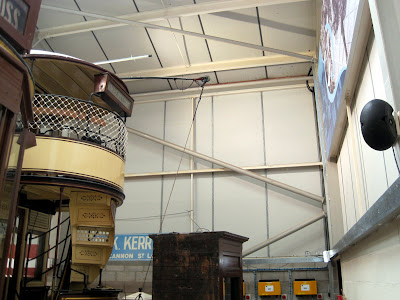 Leicester 76's trolley is pulled right down and somehow reminded me of a picture of withdrawn trams in a scrap yard. 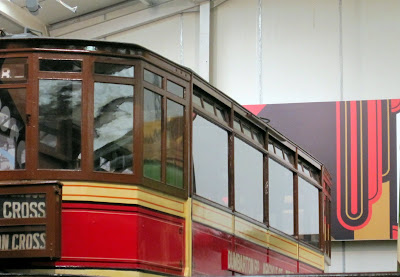 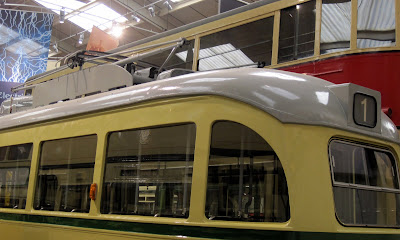 HTM 1147's pantograph is neatly folded down but that is not how it would have looked when running through streets of the Dutch capital.

Despite concerns for my mental health, I think that overhead line and current collectors were a significant part of tramways. I therefore suggest that overhead is errected this coming winter to enable the trams to be displayed as they appeared in the streets.

My response to Andrew's comment is that as the National Tramway Museum in receipt of public funds, we have a duty to make the exhibition as historically accurate as possible. It will be necessary to make compromises to operate trams but not for those on static display.

Contact number 392 gives some information on the second phase of the project although there is no mention of any conservation or remedial work on the trams themselves. Despite my critics, I do think that the displays should be as accurate as possible and unsightly overhead wiring was a hot topic when tramways were first built and is to this day in several French cities where costly alternatives have been developed. 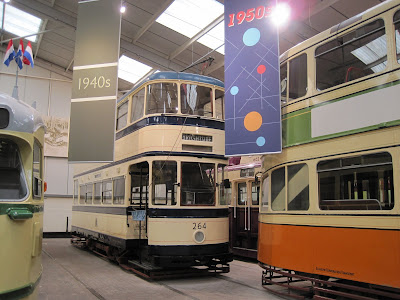