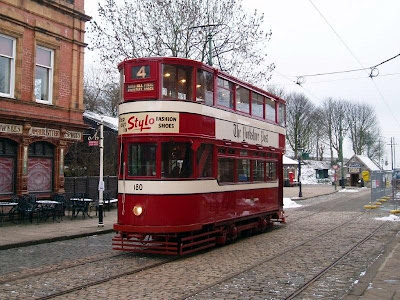 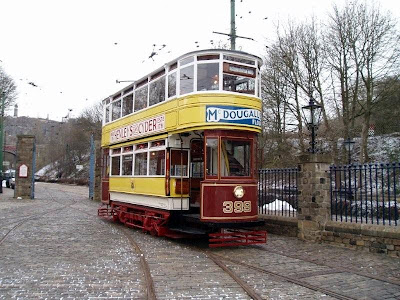 "Snow clearence during the week, particularly some large piles obscuring the workshop, made the prospect of operating a tram service once more realistic. The site was still very icey and members of the events team and others did a stirling job in gritting the site to make it safe for our visitors.

Meanwhile the track and overhead were inspected and frozen point ends de-iced by a small team (thanks Aaron!), allowing Leeds 180 to be brought out late morning on a test run. This was succesful and 180 operated a service until 4pm between the Red Lion and Cabin. This seemed to go down well with our visitors so the effort was worth it! Seizing an oppurtunity Leeds 399 also appeared briefly outside moving Roads in the workshop.
My thanks to all who helped out today, it was nice to see the small team from Engineering, Operations and Events all club together."