Freelance correspondant Ken Jones has smuggled out the following report and pictures. 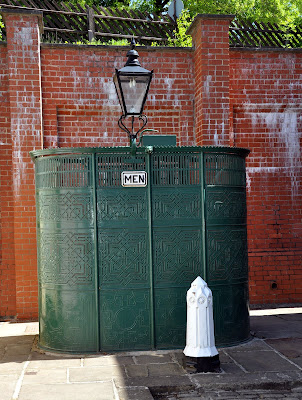 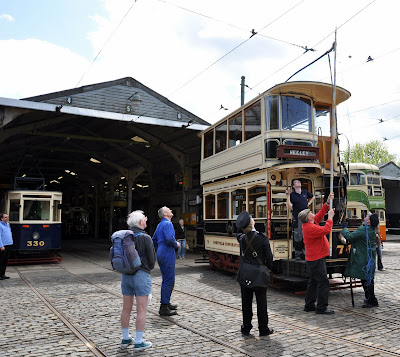 That outspoken Ken Jones has been imprisoned at Crich - see first picture - for suggesting that the museum was over-priced, over-rated and a cliché. He had also indicated that the modellers day had been poor when his friends attended.

Defending the museum the noble Richard Lomas said: “Crich - on a summers day is a good day out and most visitors enjoy it.”
Speaking from his cell Ken said: “no-one at the museum wants to listen to any criticism. They forget I'm speaking as a paying visitor. They should be seeing these criticisms as a challenge to improving the site for everyone.”
The museum replied they would be hanging Ken for treason later.
Using a Sheffield tramcar as in the second picture the hanging will appear to be an accident using blue rope and electrical contact wire.
The most noble Richard Lomas will be in Australia when this "accident" occurs. So without him and the records he keeps about trams and Crich the incident will not be recorded.
Meanwhile Ken is trying to negotiate transportation to Australia. “Send me to Australia as if I were a prisoner not worthy of hanging, and make the most noble of noblemen Sir Richard Lomas head librarian and archivist at Crich”, said Ken.
Ken is not going to write a blog about his time at Crich – “I've the bog to contend with - and that's enough.”