Several of the service trams have all over advertising liveries of which I think this is the worst example. I hope that this tradition is not carried forward to the new tramway. 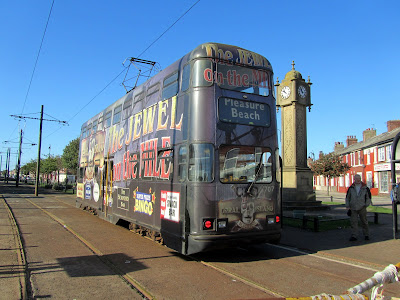 Lots of track and overhead has been replaced and new stops are being constructed. 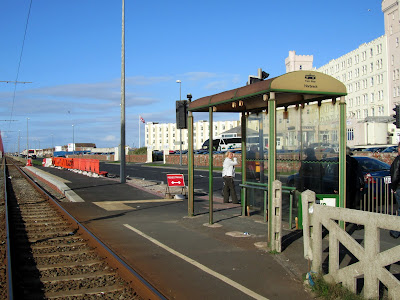 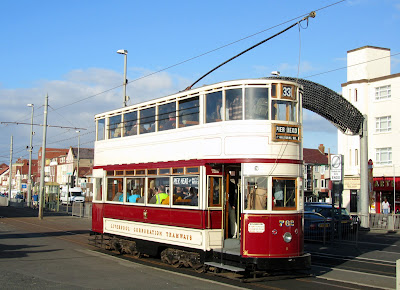 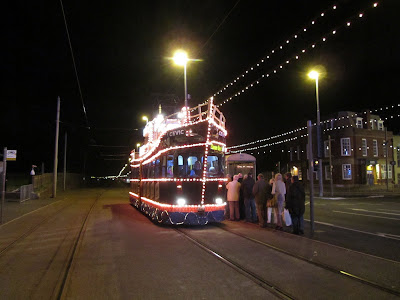 We spent three nights in Blackpool accompanied by a German friend. He thought that it had been a wonderful experience partly because the conditions had been so good for photography and that double deck trams are a novelty for him.
I agree that it was a unique experience but I was disappointeded not to see a single Crich based tram in service. I think that the TMS let down the event organisers and the hundreds of enthusiasts who had travelled from all over Europe for the event. As a long-standing member, I offer them my apologies coupled with the hope that the Tramway Museum Society governing body will issue a formal explanation for this failure. A more forlorn hope is that the governing body and officers of the Society realise that they are not always right and are less arrogant in the future.
Dream on!