This morning I received the following report from special correspondent Frank Bagshaw. 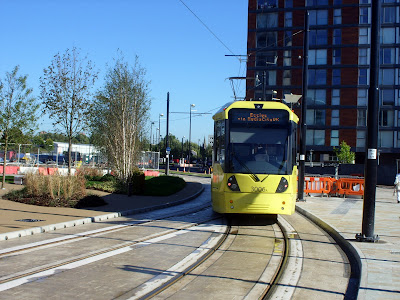 I went to a meeting at Salford - Lowry Centre today, I took the tram from Piccadilly and found they were running to Eccles via Media City. All Eccles trams were collecting a "pilot" at the previous stops and being guided along the "branch."