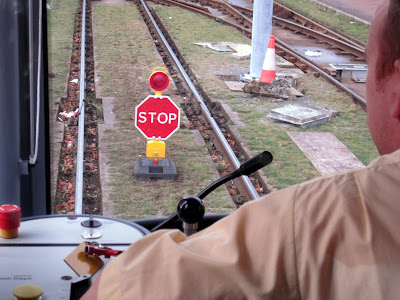 Whilst I was walking through Droylesden, Kath went to Eccles via Media City. 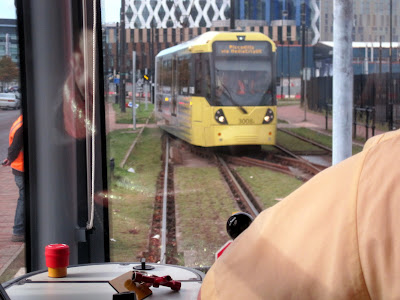 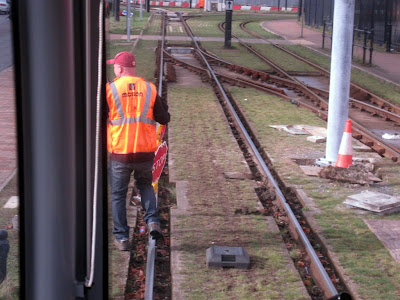 The tram stopped at a board which had been placed at the end to the Media City branch. Another tram heading for the city centre passed. The stop board was removed and Kath's tram continued its journey, one stop to Media City where it reversed, and then it returned to the junction and on to Eccles.
Media City (1) was published on 5th October.