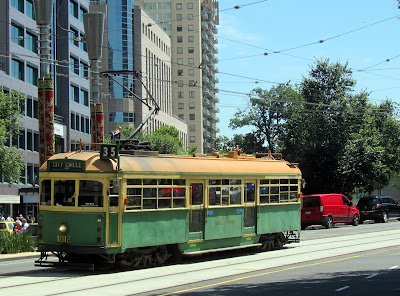 The free tourist service number 35 round Melbourne city centre is usually operated by W class cars in a special brown livery. These cars have no fare collection equipment and have recorded commentrys. They also have a small board on the dash indicating which way round the loop they will be taking. However standard green liveried Ws are sometimes used. These have fare collection equipment and recorded messages from time to time threatening dire penalties for travelling without a ticket. A uniformed tour guide is carried who announces it is a free service, which way it is going, and points out the sights. 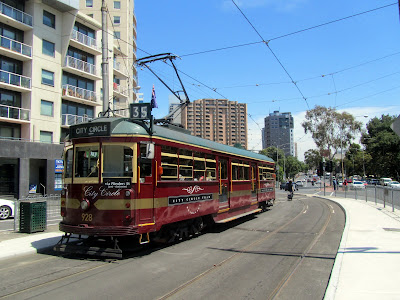 To confuse matters further green Ws are also used on ordinary service 30 which takes the same route as the tourist trams on La Trobe street. Fares are charged on these. 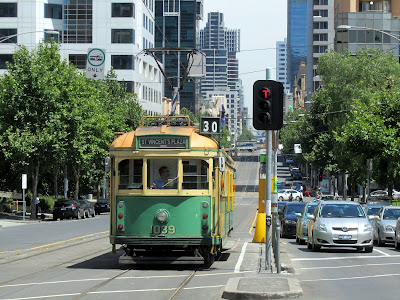 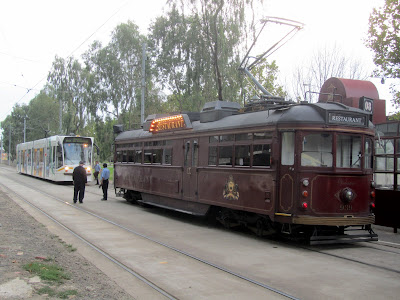 Finally the restaurant service runs three times a day. These are heavily modified Ws which are incidentally double ended but single sided just like Swansea and Mumbles.