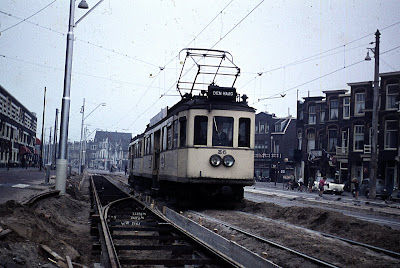 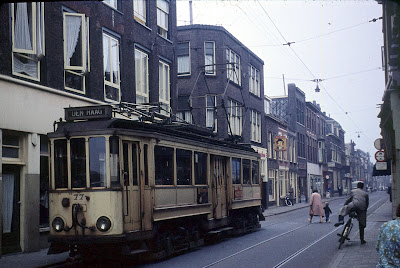 I welcome comments but would much prefer that the writers identified themselves and also refrained from suggesting that I ought to be confined to an institution. We are lucky to live in a relatively free and democratic society. Differing ideas and priorities should be welcomed in the hope that the best ones will rise to the top.

Don’t assume that big brother always knows best. Halle 902 is a classic example of a decision not being subject to sufficient scrutiny and challenge before significant sums of money were spent. I was thrilled to see 902 arrive at Crich but it was obviously totally unsuitable for use as a second access tram even if the conversion had been feasible. What is required is a simple straightforward tram that every driver can drive and that looks and feels like a traditional tram. 902 ticks none of these boxes. However, I think it is a valuable static exhibit and I would be sorry if it disappeared into the night.

When I heard the exhibition hall was to be revamped I was pleased because parts of it were getting tatty and it only occupied half the available space. I assumed that the new exhibition would be built on the success and hard work of the old one. This has not proved to be the case. I still think that a significant proportion of the half million pounds should have been spent on the trams themselves which are the main focus of the exhibition. I have no idea what electronic gizmos have yet to be installed but don’t forget that they will most likely be obsolete in a few years time with spare parts unobtainable.

I realise that compromises have to be made to operate vintage vehicles to modern safety standards but these compromises should be reversed when a vehicle becomes part of a static exhibition particularly for one that is time sensitive. All the modifications that enabled Howth 10 to run in Blackpool should be reversed giving us a broad gauge car with air brakes but no compressor. Derby 1 should be four foot gauge etc etc. I still think a short section of overhead line could be strung above each tram at the correct height for the particular car.

I cannot support Wim’s steam tram ambitions. My view is that there are many centres of excellence in steam technology in the UK that are far better equipped for such a project. My priority with a million pounds would be to improve the depot accommodation by adding insulation and low level heating to keep out the damp. To see how trams deteriorate in the present depots go and have look at Sheffield 510 or Edinburgh 35.