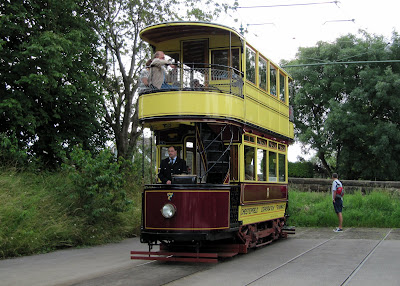 Three talks were given at the morning meeting which was only attended by c 25-30 members.
2 & 3. Mike Crabtree discussed some aspects of how recent legislation impinges on the Museum. 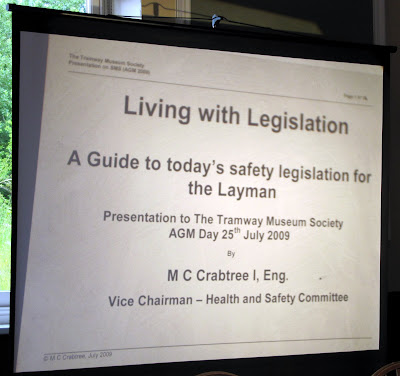 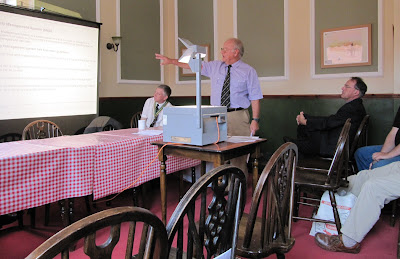 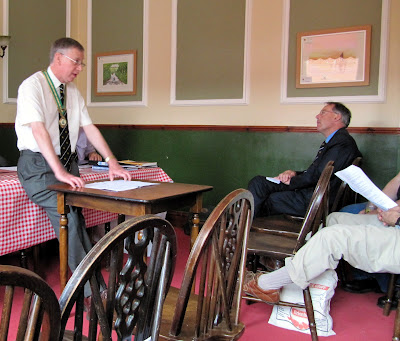 4. Richard Clarke gave his perspective on his term as President.
Bob Pennyfather described some of the problems of recruiting and motivating traffic staff (but I didn't bet a picture - sorry Bob).
I was not successful in my attempt to become a Board member by a significant margin. Again my thanks to all those who voted for me and congratulations to the winners (Colin Heaton, Bob Pennyfather, John Shawcross, Andrew Willis, Lynda Wright).
My personal highlights
1. At the morning meeting Andrew Willis advocated the appointment of a salaried General Manager and Nigel Walker suggested that the Board should become non-executive directors. Richard Clake agreed that a board of volunteer trustees supervising professional managers is commonplace. Ian Yearsley supported the distinction of the trusteeship and management roles. My dream is that this will really happen in my liftime.
2. Sundry receipts of £47,000 included £20,000 from the sale of scrap rail and £12,500 from an insurance claim following the financial irregularities discovered in 2008. Both the police and the Charity Commissioners have now closed the case.
3. The catering losses have been converted into a small profit.
4. Bob Pennyfather told Nigel Walker that little progress had been made on a second Access tram. Halle 902 had seemed to hold promise but complications mean that a full restoration would be needed so the search goes on.
I would like to retain 902 as a static exhibit although I admit a single ended version with a Russian style enclosed cab would be more typical.
I wrote to Bob about two years ago suggesting that a folding ramp would allow Blackpool 167 to carry one wheelchair on the north end platform by removing the double seat and fitting wheel chair anchors. I don't think that he replied.