A journey to Fleetwood

At about 12:00 on Sunday 602 made an unexpected trip from Pleasure Beach to Fleetwood. I 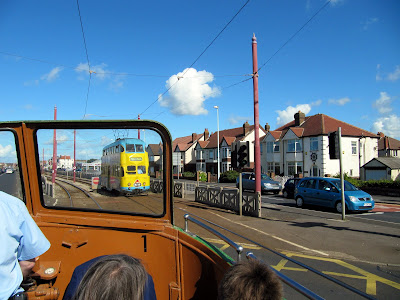 suspect it was because 761 was running late - this car has lost its centre exit and is ridiculously slow loading and unloading.
1. Leaving Clevelys. 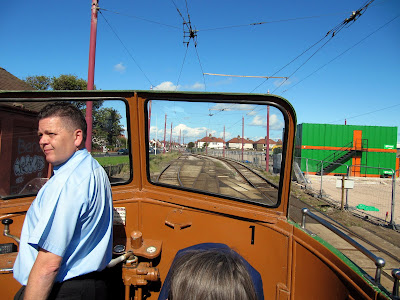 2. The track layout at Thornton Gate has been changed. 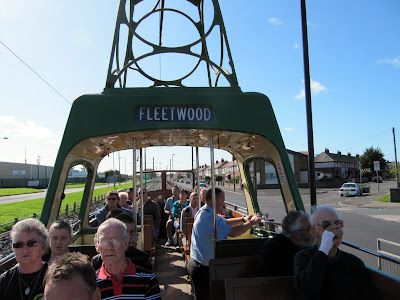 3. All the destination screens were set correctly. 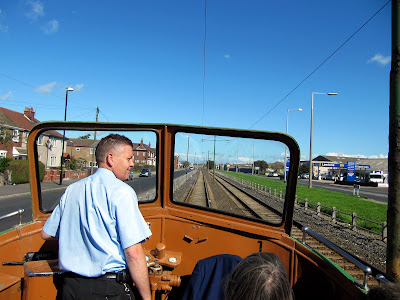 4. Approaching Fleetwood.
We just happened to be waiting for something interesting to happen when we saw 602 change its blind to Fleetwood. But in this world of mobile phones and Twitter, local enthusiasts appeared at several stops and the driver obligingly waited for them. On arrival at Fleetwood it was more like an enthusiast's tour than a service journey - cmeras everywhere.