Greetings from the Sunny North and intergalactic headquarters of Corporation Transport. 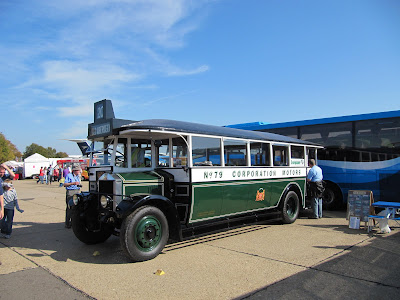 The last time I was in Aberdeen was in July 1974 when Aberdeen Corporation Transport operated local bus services. Gramprian Regional Transport took over in 1975 as part of local government reorganisation. In 1989 it was privatised and its holding company went on to acquire many more businesses eventually becoming FirstBus plc in 1995. FirstBus became FirstGroup in 1998. 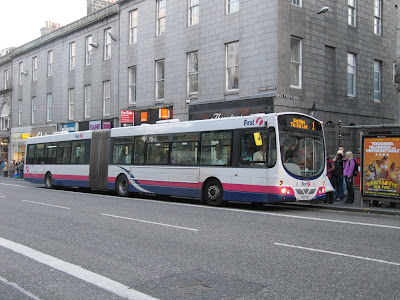 So 'Corporation Transport' now operates more buses than anyone else in the UK and 62,000 yellow school buses in the USA and the head office is still in Aberdeen.
Posted by Richard Lomas at 19:07