Fifty years ago I joined the Tramway Museum Society and I used to travel to Crich most Sundays on the E2 (Matlock-Crich-Alfreton) Midland General bus from my home in Matlock. In the 1970s Midland General was taken over by Trent and the E2 was given the more conventional service number 240. Deregulation of bus services in 1986 brought about more changes and the last Trent bus on the 240 was a Leyland National on Saturday 25th October 1986.

Weekday services were contracted by Derbyshire County Council to a small company called Maun International based in Sutton-in-Ashfield. In May 1987 the 240 was renumbered 140 and a summer Sunday service to Matlock was provided by Chesterfield Corporation by extending the number 17 Chesterfield to Matlock service to Crich. Over the years the tenders changed and for a short while Stagecoach registered some 140 journeys commercially. 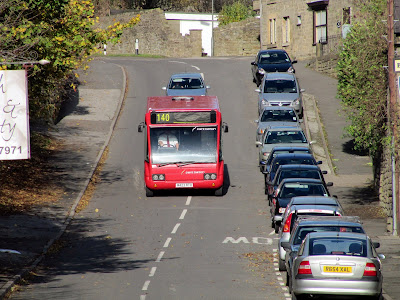 Today Trent now trading as trentbarton returned to Crich on Sundays having won the tender for service 140 which on Sundays follows the old E2 from Matlock to Alfreton but then continues to Ripley. Another difference is that today's 140 is operated from Matlock depot. Alfreton having closed many years ago.


1.The pictures show the 12:58 to Matlock arriving Crich Market Place. 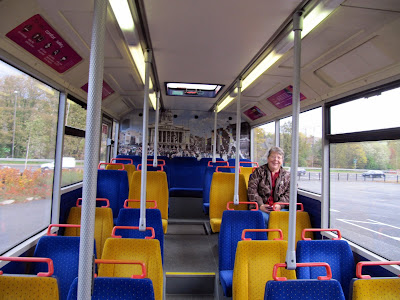 2. Arrival at Matlock Rail Station. (Before the first Matlock bus station opened c1953, Midland General buses used to terminate in the station yard a few yards from here).
3. Back at Crich Town End at 13:58.
4. Finally back in 1959 I was a regular customer in Harrison's shop for Lyons fruit pies and bottles of pop. The shop has now been converted into an attractive tea room. 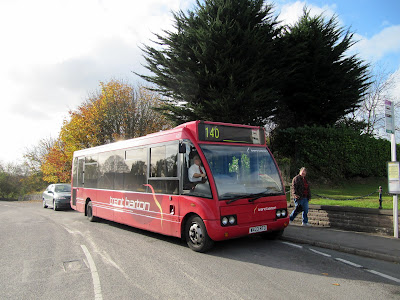 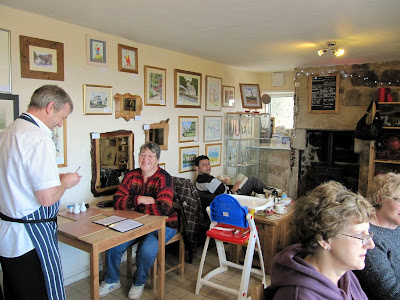