The weekday buses to Crich on services 140, 141 and 142 are now provided by DUNN MOTOR TRACTION LIMITED T/A yourbus and based in Hucknall. Doyles still operate the 144. 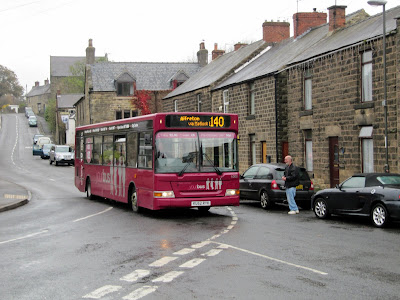 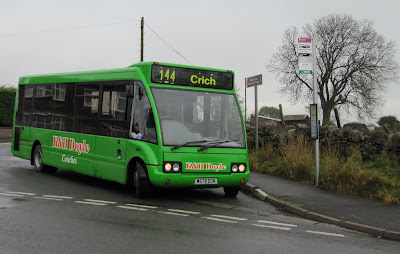 1. yourbus were using lowfloor Dennis Darts for all journeys that I saw. They were all route branded for Nottingham city services to Bulwell. 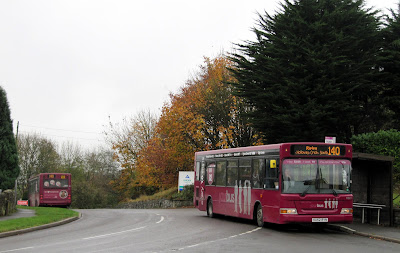 2. Doyles had upped their game with this low floor Optare Solo in their new green livery. 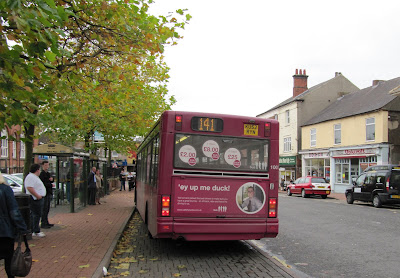 3. The bus stops outside the National Tramway Museum.

4. 'eh up me duck! roughly translates as hello and I don't really think they are offering day tickets for £2.
Finally here are lists of the Crich bus services:

PS I agree with Aaron's comment. We OAPs don't stay up late enough to check out the 21:00 or 23:05 departures.
PPS On Thursday yourbus were operating a step entrance bus on the 142 - so an all low-floor service to Crich didn't last long. Finally youbus don't issue tickets to OAPs.