Each year new members of the Tramway Museum Society are invited to an open day to show them the workings of the Museum and to encourage them to participate in the Society's activities. I attended today to take some photographs and write a short article for the Society's quarterly Journal. Despite having first joined the Society in 1959, I found it a very interesting day.
The Journal will be published four week's from today but in the meantime here are some pictures.
1. Glynn Wilton, Curator, with Japanese style white gloves describing some entries in a punishment book of 1906.
2. Over lunch, the role of volunteers in assisting the Catering Department was explained.
3. Martin Gurr, in white shirt and tie, describing the work of the Operations Department.
4. Ian Rigg explaining the controls of Glasgow 812. 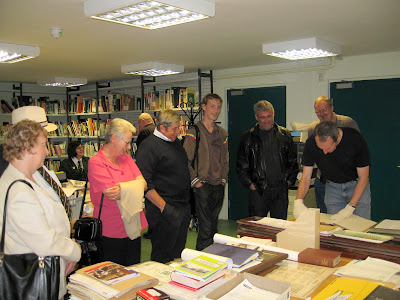 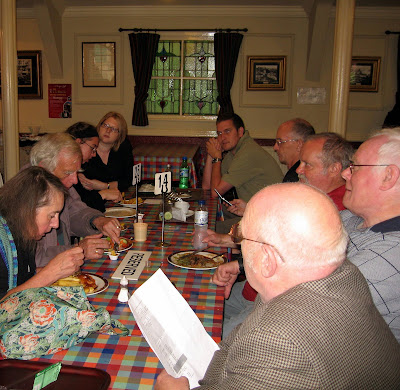 5. Jack Gordon driving 812. (This picture was added after Jack's comment below) 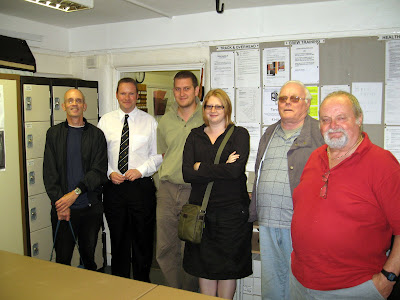 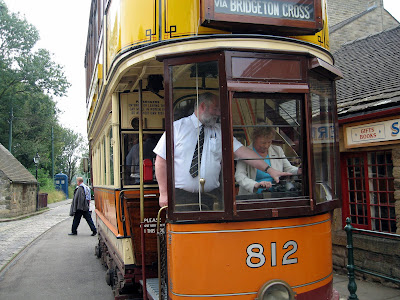 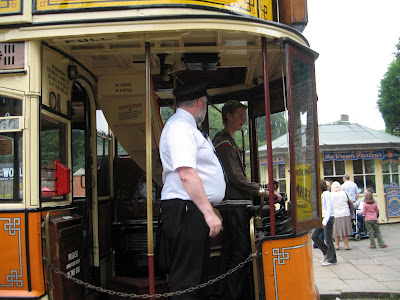