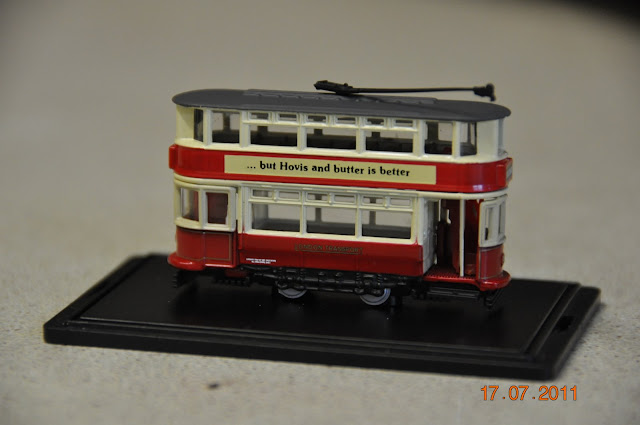 Statement from Oxford Diecast.
"The first release off the newly tooled Oxford Diecast 'N' gauge tram emerges this month and it is appropriate that the first introduction should come in the highly collectable and very popular London Transport livery. The Oxford tooling is based on the famous Dick Kerr Tram - a classic British tram design, which was the most common tram seen on Britain's tramways until the 1950s. They came in various types, including the fully closed version, where the tram and driver's cab were enclosed; the semi enclosed tram, which left the driver's cab open; and finally the open tram, which had no protection at all against the weather. Within that framework, however, the Dick Kerr Company, which had its operations in both Preston and Kilmarnock, designed many variations including the double-deck and single deck tram. As they were used by towns and cities throughout the UK, there are so many exciting liveries to choose from in a wide range of colour schemes, which gives this new Oxford introduction so much scope in the future release programme. As the tram was in use until the 1950s, this N gauge model will also look at home on railway layouts covering a wide period between 1930 and 1960."

I don't know if they will be available in the shop at Crich but will add particulars if contacted.
Posted by Richard Lomas at 06:40