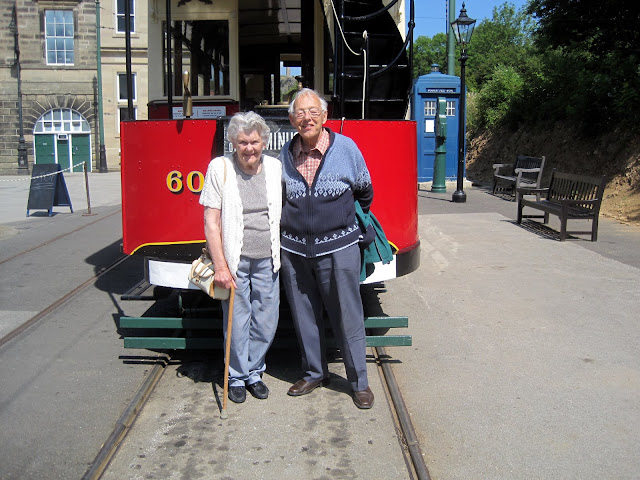 I had a very enjoyable day as Jo'burg 60's conductor yesterday. The Museum was quiet so there was time to talk to visitors. One young man told his teacher that Crich is better than Alton Towers. I had to concede to a French guy that they were better at building new tramways than we are and I met a man from Manchester who remembered going to school on Salford trams but had never seen Manchester 765 in Heaton Park. He promised to go one weekend soon. Finally here is a picture to sum up my day. Ken Morgan and his wife who had finally come to see the Museum that he had heard so much about from his friend Tommy Thompson. (For younger readers Tommy used to travel up regularly from London and is a former President).
The other tram in service was Glasgow 22 and Berlin 3006 made one trip. 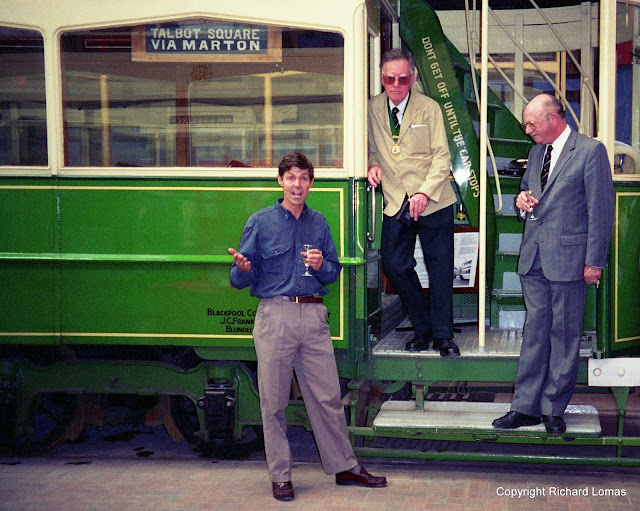 I have now found a picture of Tommy during his 1994/5 presidency. I don't remember the reason for the champagne but I recognise Matthew Paris, Tommy Thompson and Geoffrey Claydon.
Posted by Richard Lomas at 06:43