On January 31st 1959 officers of the TMS inspected Crich Quarry 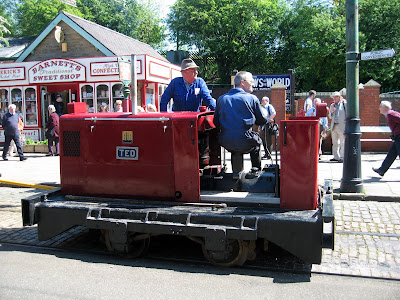 . They were taken up the line in an open wagon pulled by the narrow gauge diesel engine 'TED'. GMJ, an engine of the same type, still exists having been converted to standard gauge.
The members visited Crich on 31st January 1959 were invited to travel from Town End to Wakebridge on Sheffield 15 pulled by GMJ disguised as TED on one side only.
At Wakebridge group photographs were taken. 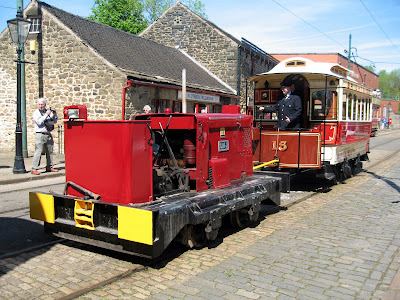 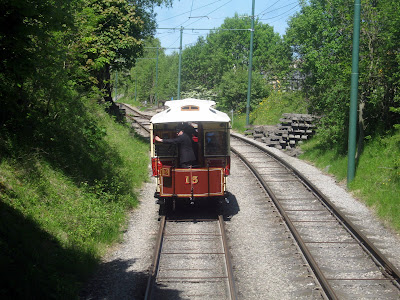 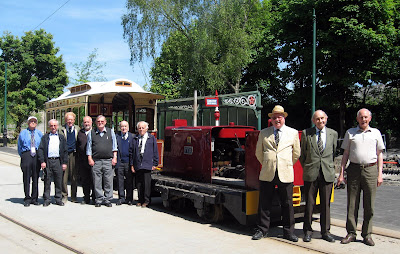