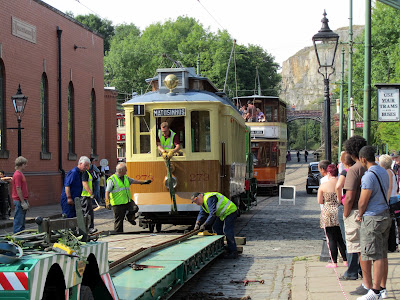 The plan was for J'burg 60 to go to Blackpool today. First the lorry was late but it was skillfully loaded between 10:30 and noon and provided quite a spectacle for Museum visitors. However 60 is the highest tram at Crich and after a very few miles it had an encounter with some trees resulting in two broken windows and scratched paintwork. The decision was taken not to risk further damage and so by 14:00 60 was back at Crich where it was unloaded. 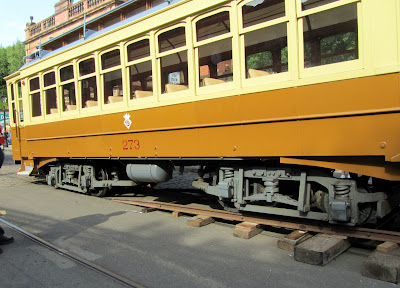 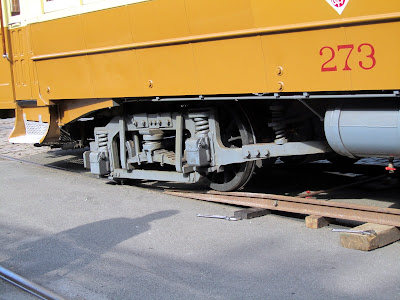 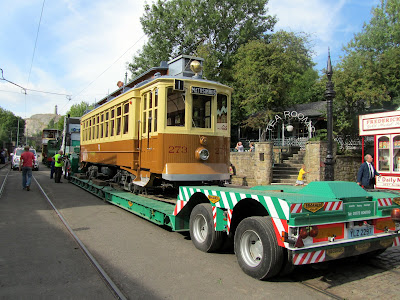