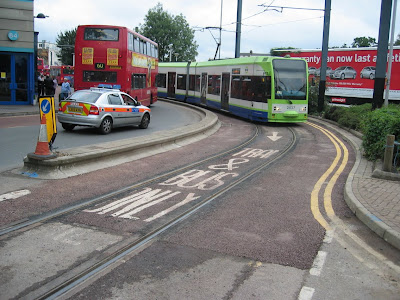 On Wednesday, it was tipping down, so I went to Croydon today. Surprise - the loop is open again!
There is very little to show for all the palaver at either West Croydon or George Street.
Starting with the curve at West Croydon, all they have done is resurface around the rails, whilst at George Street, very little welding or grinding work is apparent. Included is a view where the section breaks are, and two (!) attempts to decide where to place the euphemistically-described "Stop Boards" - those railway sleepers I mentioned. 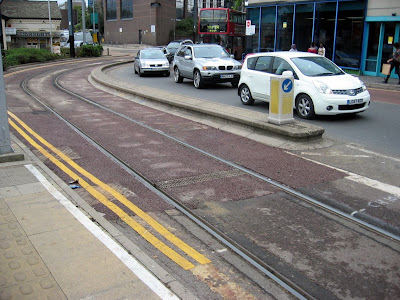 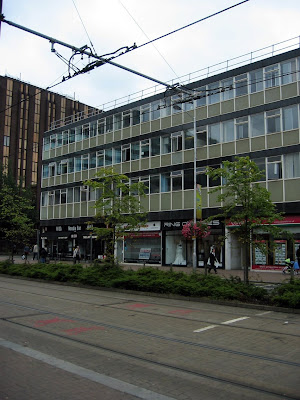 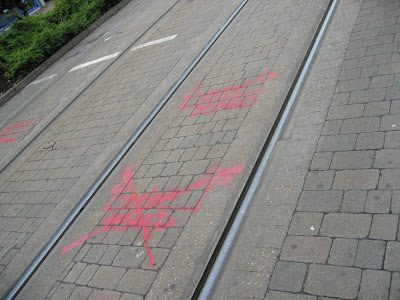