Wim Beukenkamp has provided today's post.
I am sending you a picture taken on March 11, 2006 at the terminus of route 11 in Scheveningen (Den Haag).It shows NZH motorcar A327 (1912) from the Haarlem town system next to HTM GTL-8 3018 (1981).You will notice 4 TMS members present (John Shawcross, Jim Jordan, Richard Robson and Wim).
The second picture shows Amsterdam 72 (1903) and toastrack trailer 600 (replica, 1990) followed by Amsterdam 307 (1910) and trailer 663 (1912) in Amsterdam near the Haarlemmermeerstation and Havenstraat depot on September 18, 2010.
The third picture shows Rotterdam 537 operating on the regular tourist tram route 10 on November 1, 2006. The location is Coolsingel in the centre of Rotterdam.
Historic trams on modern systems? No problem.At least not in Holland. 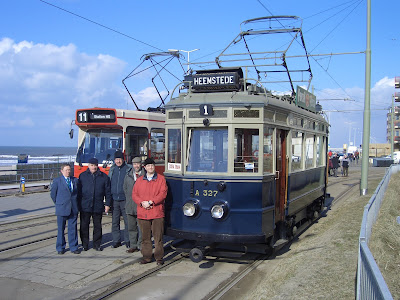 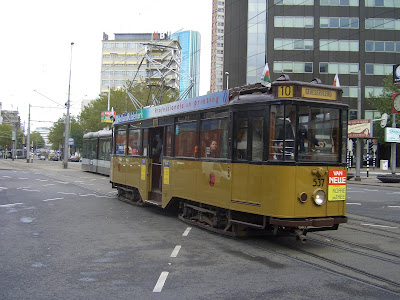 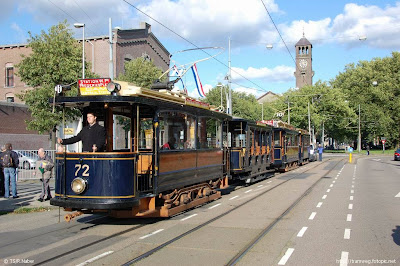