Rich Westman took these pictures and sent this report.
"The Santa Specials at Crich were a great success. Even though the weather was against us, we still managed to put on a show! Santa's Grotto went down a treat with young and old alike, all leaving with smiles: even the little ones whose first thought was to hide from the man in the red suit! Credit must go to all who dressed up for it, and especially to the Events Team for organising it with minimal budget. There are ideas in the pipeline to make next years' even better, but there is one thing that would do wonders for the event: more people volunteering to dress up! Those, including myself, who dressed up had a wonderful time: the atmosphere was fantastic and everyone was having great fun. When dressed up at an event like this you don't feel stupid, because there are others looking as silly (or even sillier!) than yourself. If you have a free weekend next December, please consider letting your hair down, having loads of fun, and dressing up!

The visitors all had a great time; no-one left the Grotto today without a smile on their face. And, to get Leeds 180 running on both days was just the icing on the cake. A lot of visitors were overjoyed at it running, even though just a short distance (Red Lion to Quarry Approach). On Saturday I was the conductor (in costume!) on it, and there were a few people who came on almost every trip because they enjoyed it so much. But, it was only possible due to the combined efforts of the Workshop, Traffic and Events Departments. So, if everyone pulls together then everyone can have a fantastic time, both volunteers and visitors alike!" 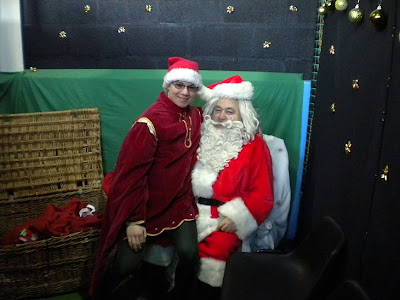 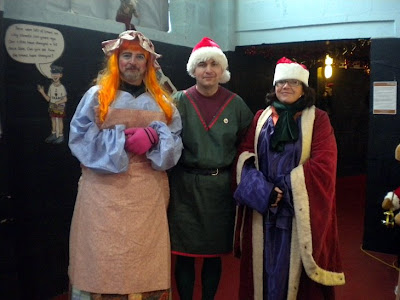 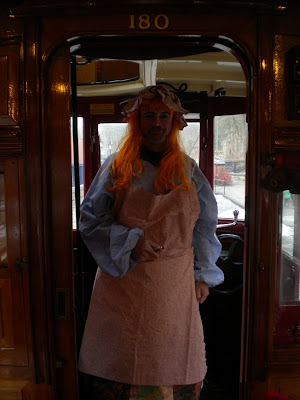 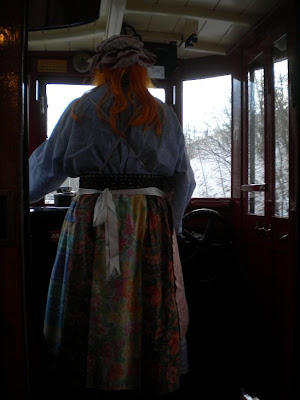 The cast of characters are:
Sean Croshaw as the Green Elf
Rich Westman as the Red Elf
Lynda Wright as the Purple Elf (not in photos)
John Stainburn as Santa
Adrian Roberts as the Panto Dame (whichever one it is in Jack and the Beanstalk!)
Tracey Reader as Mrs Claus

Regards, and best wishes for the Christmas season.